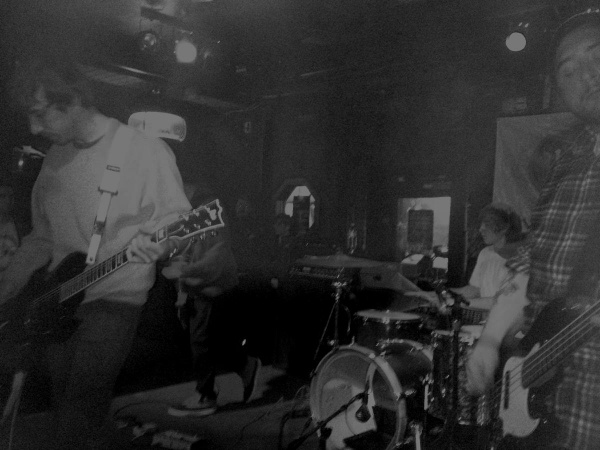 I’d like to introduce you to Penn State senior Mike Klophaus, an energy, business, and finance major from Doylestown, Pennsylvania. His band, Anchorhead, recently released a split earlier in January with a band Cardinal from Virginia. We decided to learn a little bit more about Mike and his band, see below.

SITR: How did Anchorhead come together? Have you guys played any shows in the past?

We started in the summer of 2010. We all have known each other for a pretty long time and played together in punk bands in high school. Now at this point we’ve played about 20 shows together. We’re just starting to play out of state instead of just local shows and Philadelphia.

SITR: So… what are the details on this split, how did this collaboration with a band Cardinal in Virginia come about?

There are two songs from each band on the split. The split has been released both through Either/Or Records and Loud Mouth Magazine as a digital download w/ a poster and limited Loud Mouth Magazine. We recorded our songs with Vince Ratti at Skylight Studios and Cardinal recorded their songs with Jake Clarke at Lonely Road Studios. The split came about when Rob Hackert of Either/Or Records asked both bands to do a split together. We really liked Cardinal and thought it seemed like a great idea.

SITR: What artists would be Anchorhead’s major inspirations? Anyone other bands you identify with and/or loved to play with?

I’d say we’re all inspired from many different bands, but to name a few I’d say The Beach Boys, Nirvana, The Promise Ring, and Brand New. Some bands that are from our hometown that we loved playing with are Balance and Composure, and Daylight.

SITR: Where can Penn State find your band… any shows coming up?

Right now we don’t have any shows coming up around Penn State. We are working on playing both here and Altoona very soon. We are playing a show February 15th in Kutztown, Pa and we’re doing a weekend in New York March 15th – March 17th.

SITR: How easy is it to get submersed in the State College music scene? Has it been fairly easy so far?

So far it’s been kind of difficult to be honest. We really would love to play more in State College, but we’re not a group that is willfully trying to play cover songs at bars. As much as we would love to and would enjoy that, we are really trying to stick to the plan and keep writing our own material. But, we really enjoy playing shows with other bands and any time a house show comes up we rarely turn it down.

SITR: Any shoutouts or mentions you’d like to make? We’d love to hear them!

Yeah, a cool band from State College area that everyone should check out is Eyes Wide. If you’re a fan of indie rock tunes then you might be a fan. You can check them out at: http://facebook.com/eyeswidepa