Primary Element has made some serious strides in the PSU music scene. The group is composed of the twins, Stanley and Stephen Spottswood, and Mike Wallace (also Cornerback for PSU,) and their sound carries an old school underground vibe mixed with an unmistakable energy and with a mainstream appeal. Their release, Superheroes and Zombies made a real splash, earning Primary Element a slot in iPods all over State College and beyond, and also made them a must have commodity for a successful spring Day-Long. We caught up with Mike Wallace himself to get some info on the project, and what they have in store for the future.

SITR: How did you first get involved with music?

MW: Ive been involved in music since a little kid. My mom taught me how to to play piano at 6 and I’ve been playing instruments since the 4th grade mastering multiple brass instruments(all except the French horn). In terms of rap, it was something I always kinda dabbled with. The process evolved from free styling on table tops or beat box to recording in studio.

SITR: We’re a big fan of the album art, what’s the deal with the zombie theme you have going?

MW: Well first of all the artist behind the art is Kevin Garcia (official PE artist who also designed the “Kid Things” cover art) Zombies are the metaphor for the evils and wrong doings in the world and in life. The message in the title is to be the superheroes in yours and the lives of other people by having the power to fight of those zombies.

SITR: Is there any significance behind the name?

MW: We are three different people and our “Primary Element” and what keeps us together is the love of music

SITR: What would you say are your ‘primary’ inspirations? How do they influence your music?

MW: I would say everyday experiences and situations. That is how you bring truth and that ‘element’ of realness. I get inspired by other people; young entrepreneurs, kids stepping outside the norm and following their dreams (ex: girl going to fashion skool in new York rather than a main stream university) or even other up and coming artists my age paving their own way and succeeding in the industry on their own terms. That gives me motivation. 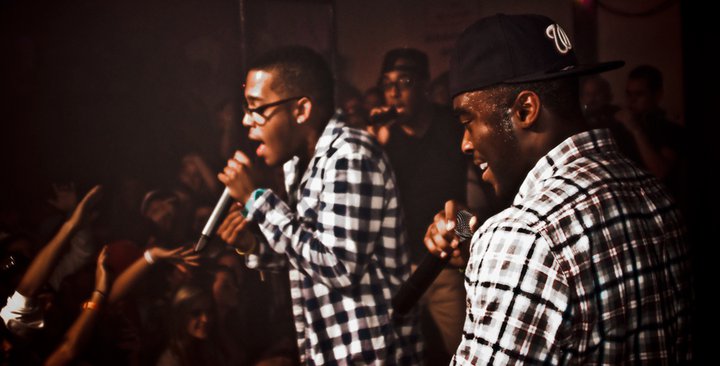 SITR: Judging by your twitter feed, you spend a lot of time in the studio, but Primary Element is well known for performances at day-longs. What do you like better, recording music or performing it?

MW: Its easy to stay in the studio because it is the same place where I sleep at night (literally right next to my night stand). Creatively being in studio (especially with the twins) is where u see your written work turn into an actual product that you can be happy with. The studio is where you make history. Performing is where your work comes to life and a physical way you give back to the fans who support your music, Especially when we do our sets with live bands. With all of our extensive music backgrounds the live band set is an ‘element’ that a lot of artist are age don’t incorporate and or don’t have the means to do. Performing is definitely a lot of fun.

SITR: If you could open up for any artist out there, who would it be?

MW: I cant name one but if I could be apart of my ideal show it would consist of PAC DIV, THE COOL KIDS, Kendrick Lamar, and Jay Z

MW: We’ve been at it for some time now but in 2012 you can expect numerous music videos, the official PE clothing line, and awesome shows.

SITR: What do you think of the music scene at PSU? Has it helped or hurt your music career.

MW: There Is such a diverse music scene at PSU. During battle of the bands last year I met Dave from “Dave Joyce and the Slow Pitch Band,” which is a rock/pop cover band. Now me record and write our own music with a new raw feel. Also his band accompanies PE in our live sets. There are so many talented people at PSU. And through my HIP HOP class I took last semester I was able to be taught by a jazz legend Ronnie B. and perform on the same stage as the hip hop queen herself MC LYTE! 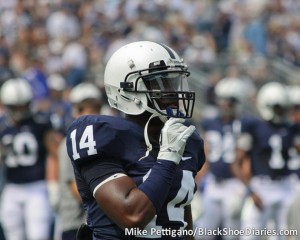 SITR: Coming from someone juggling music, athletics, and school, what advice do you have for other PSU musicians trying to keep their music going in the midst of academics/ the end of semester crunch-time.

MW: Grades first. Crush these EXAMS cuz music and your talent isn’t going anywhere. Proper planning, organization, and time management is the reason why I am able to all these things at the same time.

Make sure to check out the newest track from Primary Element, and the rest of these pages to hear more!