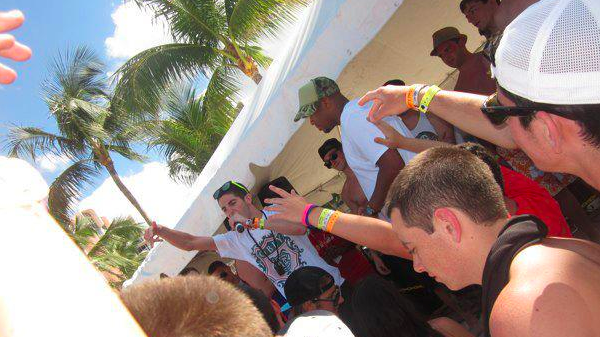 Let us introduce you to Penn State student Doug Right. He is currently a freshman who is undecided. Doug has been playing guitar since he was 13, but started getting into hip-hop at age 16.

SITR: Where did you grow up, and did you perform locally there?
I grew up in Long Island and have performed at the Hudson Terrace in NYC with my Producer/Dj, Chris Jackson, who is a sophomore at here at Penn State. I also performed over spring break last year in the Bahamas and won a free spring break for this year.

SITR: Who or what are your biggest inspirations for your music?
It’s hard for me to pin point my inspirations because there are so many different artists that have impacted my music. If I had to choose a few big ones, they would be Kid Cudi, Mos Def and very recently Macklemore.

SITR: Where do you see the next 4 years for your music while attending Penn State?
Over the next 4 years I see big things. Right now I have my own studio set up in Pi Kapp and having been working on a lot of new material with Chris Jackson and Marc Raziano. We’re excited to spread our sound around Penn State and start performing at parties and other events.

SITR: Do you want to make any shout outs or anything else we should know?
I’d like to give a shout out to anyone that’s been supporting my music so far and of course all my homies at Beta Sigma Beta.