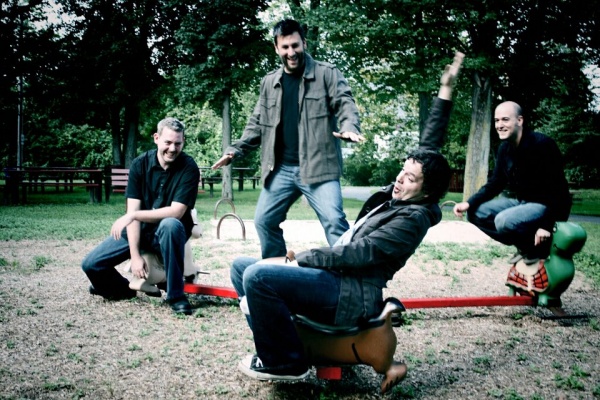 ABOUT THE PARSNIP REVOLT

Striving for perfection can be a detailed and hard-earned journey. The biggest critic of any musical group is usually the group itself. The Parsnip Revolt is that very scenario in motion—many times starting a project from scratch in an effort to steer it into the proper lane. With their new EP, A Sunshine Report, The Parsnip Revolt has found their own open highway to successful longevity. This is the story of an American rock band and their solidarity through seemingly insurmountable creative struggles. The story of a band that has dodged common pitfalls to challenge the status quo of Philly’s alternative rock clique and win a place in the city’s culture.

Their new release represents the band’s continued commitment to their craft, their sound and most importantly, their fans. The Parsnip Revolt is rooted in melodic alternative rock, utilizing the compositional punch of Geremiah Giampa, Jake Williams, Brian Fin and Tom Mellon in sonically diverse ways, well beyond the reach of most bands. Whether you see them live or purchase a copy of A Sunshine Report, you’ll become a quick and cherished member of the family and, in the end, part of the revolt against mediocrity.

How would you and the other members of The Parsnip Revolt describe your musical backgrounds?

We’ve all come from a fairly diverse and different background of music than each other. I don’t think that’s a bad thing, since we’ve been able to pull together those influences and come up with a sound that is ours.

How did you all meet and become a band?

The band started in 2006 as an acoustic three piece kind of in the vein of Damien Rice. After a couple of months, we found guitarist Jake Williams through a Craigslist ad and immediately recruited band. As the songwriting grew away from mellow acoustic, so did the line-up of the group (in fact, the line-up has changed several times over the years). In 2008, Brian Fin answered a Craigslist ad and was added on bass and a year later Tom Mellon joined on drums. Since the end of last year, our friend Matt Ensminger has been playing with us live, singing harmonies, percussion, guitar, and keys.

How would you describe your overall sound as a band?

We have a hard time answering that question, but we have been told that we’re kind of a hodgepodge of U2, Coldplay, Kings of Leon, and Pearl Jam.

Lyrically, I’m influenced by my own experiences or the struggles my family or friends might be having at the time. Musically, as a band, we’re all over the place. Although, I think because we’re all somewhat close in age, the rock and rap music from the early part of the 90’s might be our common thread.

What has been your most enjoyable live performance as a band?

The CD release party for A Sunshine Report was our most favorite show to date. We came out and played a newly focused sound to a sold out crowd at World Café Live in Philadelphia. It was truly a rewarding night. 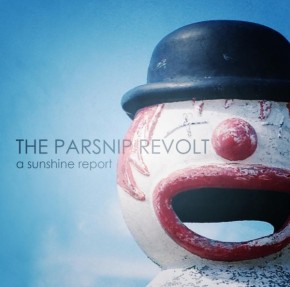 Describe your planning, writing, and recording process, particularly with A Sunshine Report.

A Sunshine Report was two difficult years in the making. Since the beginning, we’ve always home recorded and self-produced all of our songs. In 2010, we had a batch of songs that we wrote and recorded over a year’s time. No matter what we did or how many times we overdubbed or remixed, we thought the songs just sounded blah and we couldn’t fix that.

Our self-esteem and musical worth was in the toilet after that period. Regardless, we kept rehearsing every week and would play out when we could; just trying put the album past us. During that time, we were introduced to producer Derek Chafin who had learned of our tale of woe. Derek had the right words, personality, and therapist skills to immediately win us over.

A month later, we began the challenge of pre-production with Derek as he helped us deconstruct our songs and re-imagine them in a more focused light. We spent the next year with Derek recording songs in his barn in Newtown Square, PA. In the middle of that, we ran out of funding to complete the album, so we threw a Hail Mary and launched a Kickstarter campaign. The outpouring of support from friends, family, and fans, blew us away. In thirty days, we successfully raised over four thousand dollars to finish the album. 2012 was truly a rebirth for us musically and personally and on January 8th 2013, A Sunshine Report was finally released to the world.

If you had to choose your favorite song on the album, what would it be and why?

“Mountain of Blame” is lyrically my favorite because the subject matter is very close to me, but overall I think “Never an End” takes the cake.  We just get better and better musically conveying the words of the song.

What do you see in the future for yourself as a band, in terms of goals?

We’re focusing on trying to play outside of the Philadelphia area and promoting as hard as we can to gain new listeners. We just signed a deal with a publishing company in an effort to get music placed in TV shows, movies, etc.  We’re hoping that type of exposure will help us expand our touring area.

In a heartbeat, we would work with Derek Chafin again.

We’re going to be playing shows up and down the eastern seaboard and as far west as Chicago trying to promote the album. During that, we’ll be writing news songs for the next album.

The Parsnip Revolt released their debut album this past January, and if it’s any indication of what lies ahead for the band, big things are sure to come.  What we’ve got hear is rock album through and through, with vocals semi-resembling the likes of Max Bemis from Say Anything (though not as exaggerated) and a sound that evokes the best of Oasis.

Highlights are “Let It Go”, which has an upbeat, classic sound that complements the group perfectly, and “Never an End”, which is tailor-made for a melancholy montage in a TV drama, (picture a sad teen staring out of a window into the rain). “Keep It All” is a testament to aforementioned Oasis comparison, with a hazy guitar rift that belongs at any smoke-filled outdoor festival. With seven more tracks on the album, there’s plenty to offer any avid fan of rock and if your interest is peaked, it can be purchased on iTunes or BandCamp.

The Parsnip Revolt will be playing Saturday, March 9 at the World Live Cafe in Philadelphia and Friday, March 22 at Kelly’s Logan House in Wilmington, Del.