It's About Time: Young the Giant Releases New Track

Brandon Heurich
Mainstream Music
Comments Off on It's About Time: Young the Giant Releases New Track 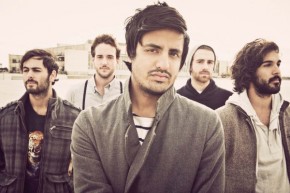 Eclectic southern California rockers and Movin’ On alum Young the Giant released a brand new song and video today. The song is titled “It’s About Time” and be sure to check out the video below.

The appropriatetly titled track is the band’s first bit of new music since Young the Giant’s self titled release in 2010. Along with the video, the band has revealed the name and release date of their new album. The album will be titled Mind Over Matter and will be released on Fueled By Ramen on January 21, 2014.

You can pre-order the album with plenty of bonus material at the bands website: http://www.youngthegiant.com/mindovermatter