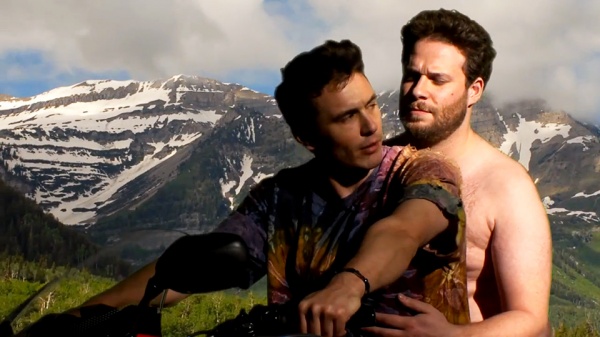 James Franco and Seth Rogen had some spare time during the filming of their upcoming movie The Interview. So, they thought, “What better way to express our creativity than recreate to recreate the awful video for Kanye’s single “Bound 2″?” Franco and Rogen nailed the visuals. There’s multi-layered plaid and tartan shirts, a horrible green screen, and weird nature shots. James Franco plays Yeezy which leaves the roll of Kim K. to none other than a hairy shirtless Seth Rogen in all his glory. The chemistry between the two is uncanny. Pure comedy. Let’s just hope Mr. West can find the comedy in this parody!