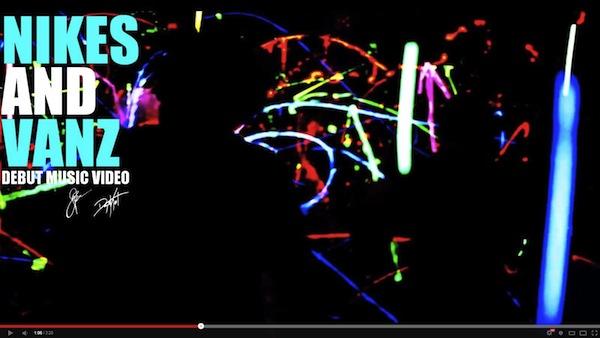 Are you a Nike shoe lover? How about the classic Van’s Authentic hipster? Either way, Jbre / Dougie Kent are at it again with a music video for you! Featuring some of the hottest shoes on the market, the duo is at it again featuring their debut music video for “Nikes and Vanz” off their October mixtape release Ars Nova. Instrumentally produced by ID Labs, which is based out of Pittsburgh Pa and is studio foundation for hip hop icons Wiz Khalifa and Mac Miller, “Nikes and Vanz” highlights the glory days of not only being a college student, but also being addicted to shoe wear. Make sure you catch Jbre / Dougie Kent on the “Rage Tour” this February 23rd, 2012 at Penn State.