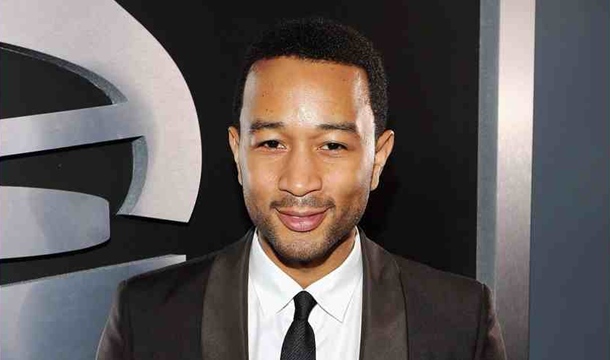 When John Legend came to Penn State last night, it was his words at the podium, not at the piano, that resonated with Penn State students. The incredibly talented singer took his time, but not to break down song lyrics. Instead, he reminded everyone of how important an education is, and also how important it is to use it. Legend spoke for roughly 40 minutes about the charities he has become a part of and has grown to love. Before his speech in the Eisenhower auditorium, the G.O.O.D. Music artist held a press conference to speak with local media.

Whether it is his “Show Me Campaign” or “Teach For America” campaign, it is easy to see the passion and excitement Legend has about the things he is involved in.

“I started the ‘Show Me Campaign’ back in 2007, and it was named after a song that I wrote called ‘Show Me,’ which is on my second album, Once Again. The song was a prayer that I was writing, basically asking god why people suffer, why there is injustice in the world, why is there so much pain in the world. And my response to my own song was to try to do something about it. So we set out thinking about poverty, thinking about how we can do something to help solve that issue, both globally and here in the United States. And we really started to focus on education and the pathway out of poverty, and thinking about how we could help ensure that more young people get access to a quality education.”

Legend took time to remind students that they are capable of doing anything they want. One of the highlights of the night was when he told students to not be afraid to make a mistake. The singer spoke about how fellow artists, even himself, took big chances in their lives to get where they are. He informed students about his friendships with Jay-Z and Bruce Springsteen. He went on to say that, although they are talented, they work incredibly hard to be successful.

It was statements like, “one of the greatest things about an education is it gives you the power to control your own destiny,” that took the students by force, and the inspiration was palpable.

In-between his performance and speech, Legend answered questions from the crowd. He took the time to show his audience that he is in fact, just a regular guy. Legend answered questions about charter schools, and whether or not tests are accurate measurements of where our schools are. The singer even took time to share some of his college stories with the filled auditorium. He talked about having a nine a.m. English class that he just kept falling asleep in. Legend was up chasing his dreams, he had to sleep sometime. 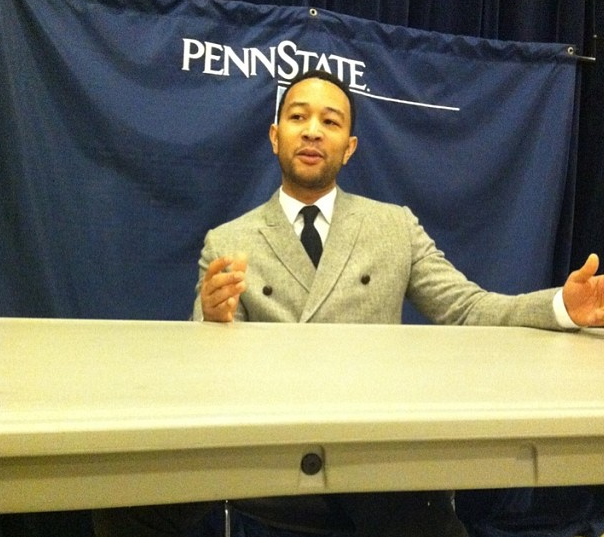 When the speech came to an end, the singer sang a quick happy birthday to a fan in the crowd before hopping on his piano for 5 songs. He inspired the crowd with classics like “Ordinary People” and “Green Light.” While some artists do not necessarily sound as great live as they do in the studio, Legend sounded incredible. His vocals flowed through the auditorium, and each note and pitch was hit perfectly. The crowd had no problem hopping in and sharing the moment with Legend, as he let them sing several hooks and verses.

After a few hit songs, a couple laughs, and the speech of the year (so far), John Legend left the stage of the Eisenhower auditorium. Every student there was dramatically affected by the speech and they were reminded by Legend of something simple, “Use this time wisely and be on a mission to make the most of your time here.”