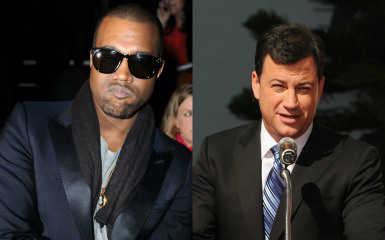 Last night, Kanye West went on a Twitter rant aimed directly at Jimmy Kimmel. West recently took part in an hour long interview with Zane Lowe for BBC Radio 1. Then, Kimmel spoofed the interview and tried to make it easier for everyone to understand. Kanye didn’t take lightly to this, and went on a Twitter RAMPAGE in true Kanye fashion. Jimmy Kimmel then responded with a bit about Kanye’s ultimatum. Can’t wait to see what’s next in this ongoing battle! Check out the original spoof below, and then Kimmel’s response video, which also features all of West’s tweets.