Karmin Releases New Cover of Drake's "Started from the Bottom" 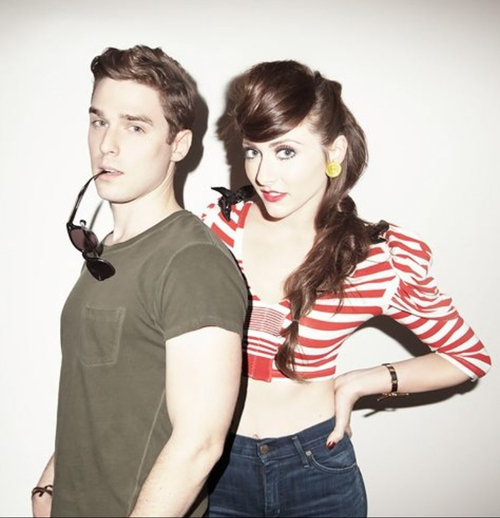 Despite being let down because this track wasn’t accompanied by a video of Amy Heidemann with a suicide bun, I continued to listen to Karmin’s rendition of Drake’s “Started from the Bottom.” I was a bit taken aback at first when I even learned that they were covering this song. In my Karmin experience at least, I always enjoy Amy putting a feminine twist on typically fast rapping songs like “6 foot 7 foot” and “Look At Me Now,” so hearing these somewhat consistently slow lyrics made me wonder if I was a fan. But taking a step back, I obviously am. Doing this song in a lower register for her voice makes Amy seem powerful, confident, and in control. She is no longer just a little white girl covering songs, she is a contender in the rap game, and she knows it. As per usual, Karmin cleaned up the song. I for one appreciate that, especially in rap songs when we all know that certain words are use frequently. Karmin also changes lyrics to make the song more personal. I believe my favorite line from this remix is “I don’t wanna do any complaining but we did no SNL with no music,” leading to “but ask how me it was to get pimp slapped by Paul McCartney.” You can tell that Nick and Amy have a sense of humor, which is clearly just another reason why they are the cutest musical duo/engaged couple. Also, Drake (*cough Aubrey Graham), did NOT start from the bottom, so he should sign the rights to this song over to Karmin. Maybe it can be a wedding gift.