DETAILS FOR Kevin Hart is Coming to the BJC

Kevin Hart is Coming to the BJC 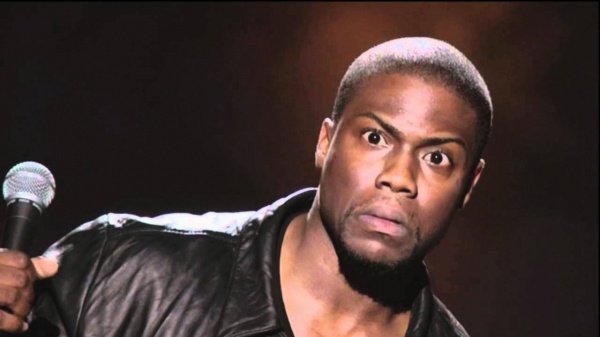 Set your calendars now, Kevin Hart is coming to the BJC on Sunday March 29, at 7:30.

Tickets are $47.50 and go on-sale this Friday at 10am at the Bryce Jordan Center, Eisenhower Auditorium, Penn State Downtown Theatre, Altoona Campus Ticket Outlet, online at ticketmaster.com, or by calling 800-745-3000.  VIP tickets are also available.

UNIVERSITY PARK STUDENTS – A special UPAC presale will begin this Wednesday, January 28 at Noon at the HUB Lounge, Bryce Jordan Center, Eisenhower Auditorium, Penn State Downtown Theatre, and online athttps://oss.ticketmaster.com/aps/psubjc/EN/account/login.  A limited amount of tickets will be priced at $19.50 courtesy of UPAC. Regular student pricing will be $34.50

Hart has continued to work non-stop and 2015 is no exception.  Kevin will be seen in three comedies – Screen Gem’s The Wedding Ringer was just released January 16, Get Hard, opposite Will Farrell will be released March 27, and Ride Along 2, the sequel to last year’s one-hundred-million-dollar blockbuster hit of the same name will be released later this year.  The consummate worker, Hart is a force in television too, Executive Producing the show, Real Husbands of Hollywood which premiered its third season last September.  He also recently hosted Saturday Night Live on NBC.  With his passion for stand-up and entertainment Kevin also continues to tour his live stand-up to sold-out audiences around the country.

Kevin Hart began his career sizing men and women for footwear, when a chance, electrifying performance at amateur night in a Philadelphia comedy club changed his life.  Kevin quit his shoe salesman job and began performing full time at such venues as The Boston Comedy Club, Caroline’s, Stand-Up NY, The Laugh Factory, and The Comedy Store in Los Angeles.  However, it was his first appearance at the “Montreal Just for Laughs Comedy Festival” that led Kevin into roles in feature films such as Paper Soldiers, Scary Movie 3, and Along Came Polly opposite Ben Stiller and Jennifer Aniston.

In 2012, Hart was tapped to host the 2012 MTV VMA’s, garnering much industry praise for his appearance, before his next comedy tour, “Let Me Explain” took him to 90 American cities along with Europe and Africa.  Records have not withstood under his LME tour either, as Kevin became only the second American in history to sell out London’s O2 Arena. Kevin spent the fall of 2012 filming two movies back to back: Screen Gem’s re-make of Sexual Perversity titled About Last Night, and Universal’s buddy cop movie Ride Along, opposite Ice Cube.  Kevin continued his incredible run with a starring role in Screen Gem’s Think Like A Man, a comedy based on Steve Harvey’s bestselling book, which grossed $95 Million worldwide, and had a supporting role in the Universal, Nick Stoller comedy, Five Year Engagement, produced by Judd Apatow.

In September, 2011 Hart released “Laugh At My Pain,” the feature film version of his comedy tour (under the same name).   The movie grossed over $7 million, and was 2011’s most successful film of those released in less than 300 theaters.  The LAMP tour was so successful, it catapulted Hart to 2011’s number one comedian on Ticketmaster, and in February, 2011, he sold out the Nokia Theater for two nights in a row, breaking the record previously set by Eddie Murphy. This lead to the LAMP DVD hitting double platinum in February 2012, after being on sale for only a month.