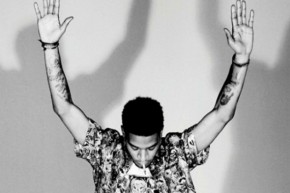 Cudder is back! Kid CuDi released “King Wizard,” a self-produced track that will be featured on his upcoming album, Indicud.  Those who were disappointed by WZRD will be happy to hear that CuDi is back to his old ways. “King Wizard” features a solid chorus sung by CuDi himself, and a classic CuDi rap flow during the verses. Fans of his older albums will be pleased to hear that Kid CuDi has returned to his roots.