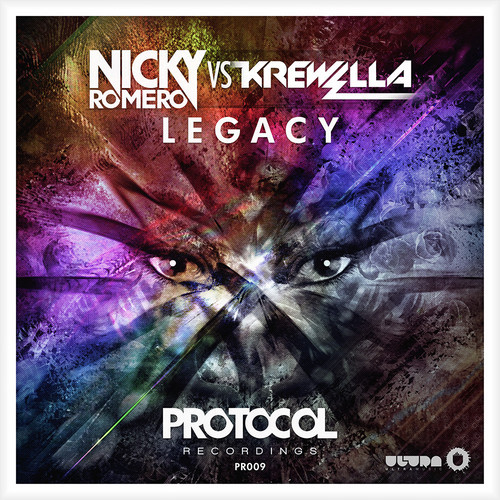 The long awaited collaboration between Nicky Romero and Krewella has finally been released! “Legacy” got debuted way back in March during their respective Ultra Music Festival sets, and we’ve been patiently waiting for its release since then. It got delayed several times due to label difficulties, but apparently everything finally got squared away and now we can properly jam to it! Fresh off the heels of their latest release, “Live for the Night,” Krewella continues to pump out new music in anticipation of their forthcoming debut album. “Legacy” features everything you would expect from a Nicky Romero track, plus stunning, beautiful vocals from the Krewella ladies. They add an element of yearning and emotion that takes “Legacy” to a completely different level. This song can already be heard in countless DJ sets around the world, and now that it has been fully released, you can expect to hear it EVERYWHERE. I’ve personally seen both of these artists drop “Legacy” during their sets, and the crowd goes completely insane each time. Check it out below and be sure to support them and buy it here on Beatport!