As long as there are fedoras, sideburns, and a brass section, there will be ska. 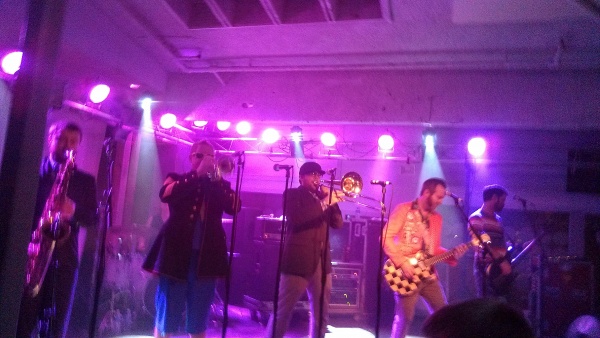 90’s ska gods Reel Big Fish hit State College this Monday on their Don’t Stop Skankin’ Tour and everyone in Levels got to bear witness to a full on third wave ska revival, complete with upbeat covers of 80s songs, self targeted sarcasm, and hits from my childhood. Ska kids and suspender enthusiasts from all over State College packed into Levels ready to skank like it was 1997.

The gang emerged from behind the stage to the sounds of regal trumpets and screaming applause, before jumping into “Everything Sucks,” a personal favorite. They followed up with some new material such as the eponymous swing influenced “Don’t Stop Skankin.” The guys even brought out Beebs from Beebs and Her Moneymakers and Alicia Solombrino from Beautiful Bodies, the night’s openers, to join them in a couple songs including RBF bread and butter “She Has a Girlfriend Now.” 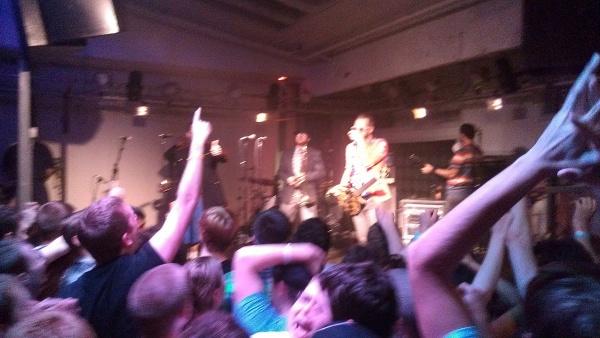 The set raged on with other Reel Big Classics like “Sell Out” and “Thank You for Not Moshing.” The packed dance floor ebbed and flowed as circle pits were created and almost immediately filled in by enthusiastic skankers. The brass section shined in between their own onstage dance offs.

Peppered throughout the band’s set list were numerous cover songs including “Won’t Back Down,” “Call Me Maybe,” “Brown Eyed Girl,” and much to my excitement “Garden Grove,” by Sublime. Ironic covers of songs about alcohol teased the audience before the band played perhaps their biggest song: “Beer.” “And now we will play a song about our favorite drink in the world,” was a phrase that was repeated by Barrett before dropping into sloppy covers of  “Red Red Wine,” “Tequila,” and “Margaritaville.” 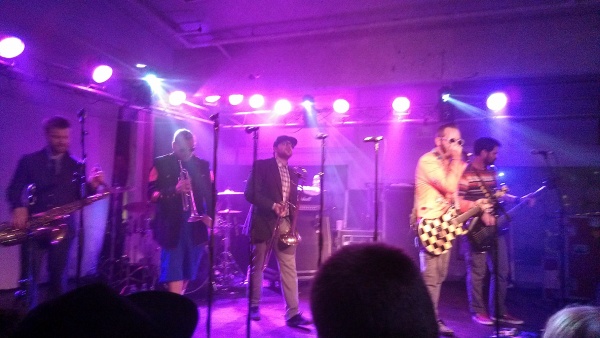 RBF returned for an encore that blew the audience away. Before closing the show with fan favorite “Take On Me,” a cover of A-Ha’s 80s hit, they had some fun with the crowd by playing “S.R.” and the many versions of it. This is one of my favorite gags in Aaron Barrett’s arsenal. After the initial playthrough, the band replays the very same song in a different genre like Disco or Country.

All in all Reel Big Fish played a killer show. As a long time fan at my 7th or 8th RBF show, the adult me had a blast. But the 16 year old ska kid version of myself got to have a night he thought he might never have again. I got to relive a time when my goofiness was cool and I can not commend Reel Big Fish enough for keeping it real in a time where a lot of other bands are selling out. And yes, I do see the irony there. Well done Reel Big Fish, thanks to you, the skank lives on.

Be sure to check out RBF’s new album Candy Coated Fury and click the link below to hear our Reel Big Fish playlist to hear some of their essential tracks.