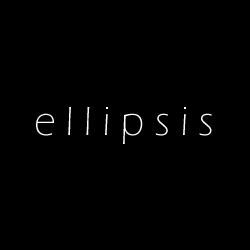 Breaking into the music scene is difficult, no matter what stage of the game you’re in.  Whether you’re an artist trying to make it big in LA, a band playing shows across the country, or even a local band in a small college town, the life of a musician is not an easy one.  State College and its music scene is no different.  In a small town with a plethora of bars and nightlife entertainment, there’s no shortage of bands or late night sounds to be heard.  However, the top choice of bar music these days have been cover bands.  My Hero Zero and Go Go Gadget have built popular reputations for themselves, yet most of the music played at their shows are covers or compilations of popular songs on the radio.  Don’t get me wrong, there’s nothing wrong with this choice of musical style, and I myself have had many a fun night jamming along to these bands.  But in a scene where most of us are content to have a local band simply put their own spin on popular songs, where is the hope for local bands trying to introduce us to their own original music?  This is the issue local band “ellipsis” has encountered, and is the reason behind his recently announced hiatus.  Seemingly frustrated with State College’s contentment with cover bands and regurgitated radio hits, ellipsis has decided to move on from our little town in search of venues more supportive of up-and-coming artists with their own original music.  We at State in the Real, as a supporter of all local music, wish him the best in his future endeavors.

ellipsis’ last show will be tonight at the Arena Sports & Entertainment Bar & Grill.  Be sure to come out and support them.  Check out ellipsis’s message to their fans on his Facebook page link below