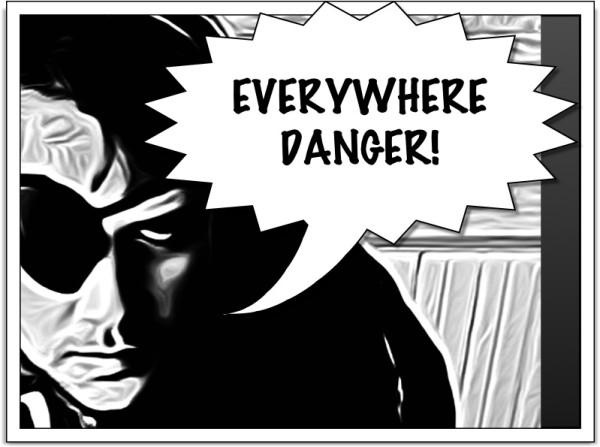 Everywhere Danger! is the project of local musician Kael Weis, who has spent recent years recording his own style of indie-rock that makes for quite a captivating yet soothing listen. With an impressive number of tracks on his Soundcloud, most of them self-recorded, Kael Weis exhibits his ability to weave intricate musicianship and heartfelt lyrics into his diverse song collection. While Everywhere Danger! is not a concept project, many of his songs incorporate storylines and characters which are inspired by various fiction influences. One thing that initially drew me in was the remarkable range within this artist’s material, which really enticed me to go through and listen to each song. Instead of blurring together, his songs strike me as standalone pieces, each which their own unique structure, instrumentation, tempo, and complexion. However, a tightly-woven and well-produced collection of tracks can be found on his 2011 EP Terror Unlimited, which contains some of his best work. I would like to see more unified material from Everywhere Danger! in the near future. He really pushes the envelope in terms of what an emerging musician in a college town can create by himself, but lest we forget, our town is not the easiest environment for original music like this to flourish. Show Everywhere Danger! support by checking out his Soundcloud (which contains FREE downloads), watching some live performances on his YouTube channel, and picking up his Terror Unlimited EP on iTunes.