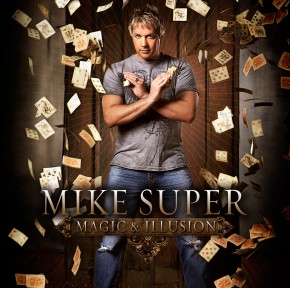 SPA LateNight presents magician and illusionist Mike Super on Friday, September 21 in Heritage Hall. The show is scheduled to begin at 10 p.m. This will be a ticketless event and is free with a PSU student photo id. Students will be allowed in on a first come, first serve basis.
Mike Super began magic at the age of six and since then his act has taken off. Super was a contestant on NBC’s series “Phenomenon,” where he was voted by famous critics, such as illusionist Criss Angel and mentalist Uri Geller, as America’s Favorite Mystifier.
He has also won many prestigious awards during his career including; Entertainer of the Year in 2003, Best Performing Artist of the Year in 2011 and 2012 and Best Novelty Performer of the Year.
With all his success, Super is now often found at celebrity events. His clients include Raven Simone, Kim Kardashian, Jay Leno and many more. He was even booked by “The Ellen DeGeneres Show” to kick off her first ever magic week, making Ellen appear on stage using nothing but shadows.
Super prides himself on being able to personally connect with the crowd and often uses members of the audience in his illusions, one time even levitating a guest in her own chair.