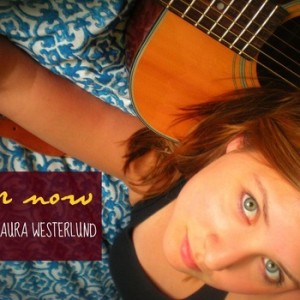 Maura Westerlund, a local Penn State singer/song-writer, has made quite a name for herself as a Penn State musician. Only a Junior, Maura has played her original music almost everywhere in State College that music can be found, including local concerts put on by the PSU Song-Writers Club, the SPA noon-time concert series in the Hub, as well as the SPA battle of the bands. She’s also been seen playing keyboards and singing as a former member of The Zach Zobel Band at a slew of bars in the down-town area, as well as the Moving On music festival where they opened up for Lupe Fiasco! Throughout all of this, she’s also played an active roll in the PSU music scene as the Vice President of the Song-Writers Club, and this Year she was elected President.

With all of this under her belt, Maura is now in the process of putting together her own band (which she is having auditions for tomorrow) to help round out her sound. With this band, she intends to record a (long awaited) album, and perform live. I sat down with Maura to ask her some questions about her music and intentions with this band, her role in the club, and her take on the music scene.

For a taste of her music, listen to this track.

SITR: When did you start playing music? What inspired you to start?

Maura: I started playing the piano at age 6, and I picked up my guitar when I was 13. There was a Disney channel movie that came out shortly after and one of the main characters was a song-writer and always played her guitar.. I guess I was impressionable at 13.

(Side note, Maura does not like the movie Hocus Pocus)

SITR: What musicians do you think have most helped you shape your sound?

Maura: I really like Dave Mathews obviously (she’s in college)… but my sound doesn’t reflect that. I guess he really helped me get started with writing lyrics. I really looked up to Cheyenne Kimball and I loved her show. I think I sound more like Sara Barelles… Colbie Caillat..Maybe Ingrid Michaelson.

SITR: What would you say drives you as a musician?

Maura: In regards to this album, its mostly the fact that I’ve had these songs written, and I’ve wanted to share them with people for so long that I really want to get it done and record it. I just want to get it out there, and if it goes somewhere, awesome, and if not, at least I’ll finally have something I’m proud of that I can put my name on.

SITR: What are you looking for in your potential band-mates?

Maura: I‘ve actually had people message me on facebook asking if they should prepare something.. I really just want to sit down with people and see if we have chemistry together. I’m really looking for creative people who want to have fun. If they’re going to play with me in town somewhere I need to be able to have fun with them, maybe do some improvising. I’m not looking to be in a “bar” band, but playing live is definitely in the cards

SITR: Are you looking for any instruments in particular or are you willing to jam with whoever?

Maura: It looks like I already have a saxophone player…Of course, I’ll jam with whoever shows up I’ll jam with.. but I definitely need a bass player, a guitarist, preferably lead but it wouldn’t hurt to have rhythm too. I’m going to be on keys and vocals for the most part. I’m definitely in the market for strings.

SITR: Is this new band going to be a collaborative effort, or are you looking to be a composer with a backing band?

SITR: As the president of the song-writers club- you play a pretty big roll in the PSU music scene, do you have any big plans this year?

Right now we’re focusing on getting as many people as possible interested in original music together, the more numbers we have the more than we can accomplish. The most amazing thing to me was that when we were at the club fair, so many people said things like “I’ve been looking for something like this.. I’m not a music major but I’ve been needing some type of musical outlet..” or even people saying “I’ve heard of you guys I’m glad I found you!”

Maura’s Friend Tina: I feel like it’s a really big part of the college experience to have some kind of niche in your life other than what you take away from your classes.

SITR: Do you have any tips to younger PSU musicians on balancing your music with your academics?

Maura: You have to use music as your break… being a student is hard up here, you’re so busy with multiple things going on, obviously.. its Penn State state. But I need to set aside time to just sit down and spend time with music. Before I came to this interview I just sat down and wrote most of a new song. If its your passion you can’t let it fade.

What do you think of Penn States music scene?

– Its definitely growing. It’s a lot more positive than it was when I came here two years ago.. even in the past month or two alone we’ve noticed changes. This year the Song-Writers club has had the biggest growth we’ve ever seen. If you just get people with the common interest of original music together, big things can happen. There has also been a weekly open-mic at Kildares (thanks to Bob Timney) that has helped us spread the word.

SITR:If it were completely up to you, what would you change about it (The PSU music scene)?

Maura: I would either have local musicians open up for the big acts that we get around here, or I would have more of the local original musicians play at bars and gigs like the SPA noon time concert series. If they gave more students that kind of chance to bring all their friends to an accessible venue like the hub… it could really change things in a positive way.

Maura’s Friend Tina: Do you know how many people have asked us about a place that they could record? Or even just a place to house a drum-set? The school playing a little more of a hand in things would really help. In the residence halls you can scan in to use keyboards, and people jam in laundry rooms. But it would be so great if there was a place that we could sign in and just go jam, or sign in to go record somewhere, even if we had to pay a fee. There are so many students learning how to record at this school that could get experience by recording the HUGE amount of musicians who need it. Everyone really just needs to find ways to work together.