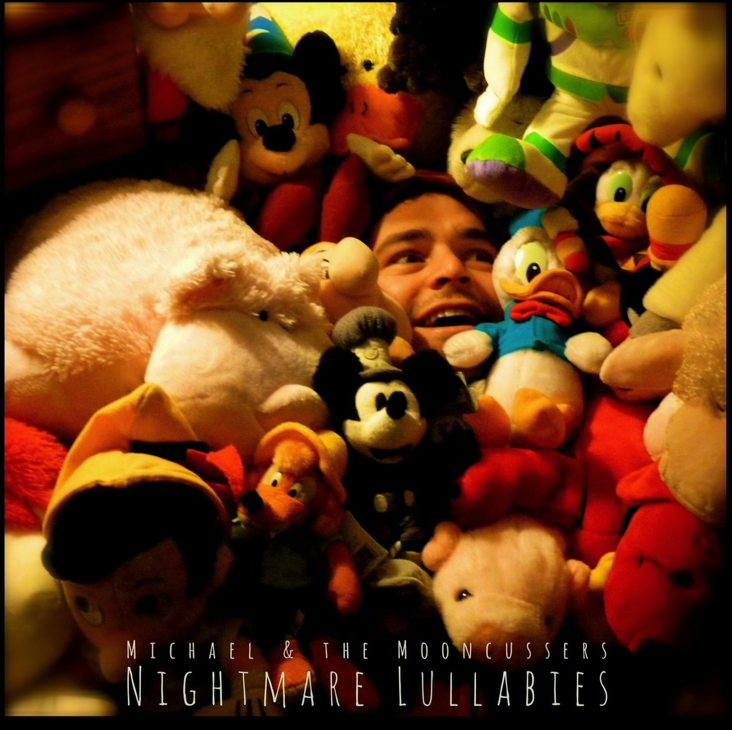 Michael & The Mooncussers are a magical, musical bunch that sing songs (or stories) about childhood, tricksters, monsters, gnomes, and not the first, but the second most beautiful girl in the world.

Philly folk rocker, Michael Doyle, graduated from Penn State with an engineering degree in 2010. During his time at Penn State, he was a member in a band called British Phil, which won the Battle of the Bands competition in 2010 and given the opportunity to open for Less Than Jake and Mayday Parade at Penn State’s “Movin’ On” music festival. Some of his “Mooncussers” graduated from Penn State as well, including Eric Weiss (Architecture 2012) who played with the Zak Sobel Band and opened for OAR at “Movin’ On 2011,” and Dave Joyce (Turf Grass Science 2009) who played with the Slow Pitch Band for THON in 2011.

Together, they are Michael & The Mooncussers, which by the way a “Mooncusser” is defined on their band’s site as “a land-based pirate who, on dark nights along dangerous coasts, would demolish any legitimate lighthouses or beacons, erect a decoy signal fire in a different, deliberately misleading location, and then, after having induced a shipwreck, subdue any survivors and plunder the wreckage for valuables.”

Their debut album, Nightmare Lullabies, came out this past October and can be downloaded for free by visiting their bandcamp site. Some standout tracks are “Spicket,” which has a super cool (must see) video that I posted under this paragraph, and “Nobody Likes Me,” which I posted below as well, and also has an interesting, irony-infused video.

Currently, the band is working on their second album, which will be released as four separate 3-song EPs. They’re called “Spring,” “Summer,” “Autumn,” and “Winter,” and will be released for streaming on the first day of Spring, Summer, Autumn and Winter, respectively. The Spring EP will be available March 20th, however will cease being available as soon as it’s the first day of Summer, as each EP will only be available in their respective seasons. But don’t worry, because at the end of the year the band will release all 12 songs as a full LP.

In the meantime, keep up with Michael & The Mooncussers on Facebook, Twitter, and don’t forget to grab a copy of their debut album on their bandcamp site!