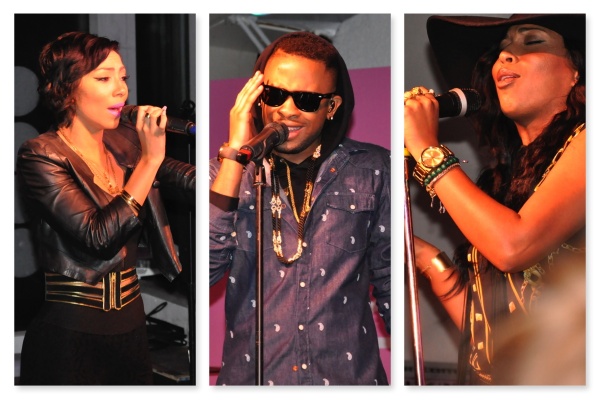 If you missed Melanie Fiona, Bridgette Kelly, and Elijah Blake at Levels Night Club presented by EOS and RocNation… psh, you missed a good show! Penn State was delivered the dose of Hip Hop and R&B it desperately needed.

When I first entered Levels, I was greeted by a lovely EOS rep who handed me free drink tickets! I mean, a FREE concert with FREE drinks included? I’m sure every 21+ college student agrees with me when I say  was a great night waiting to happen. So anyway, I made my way up to the bar as people began to enter onto the levels dance floor. The DJ was playing something cool, like… Rihanna.  This was a Girls Night Out type of show… The artists on the roster were a pretty boy heartthrob in-the-making, a feisty R&B diva, and a sultry Grammy award winning Caribbean Soultress.

I had my drink in one hand and my camera in other as the first performer, Elijah Blake, took the stage. He performed his single X.O.X. which features rapper Common. His vocals were on point. Now, I said before that he was the “pretty boy” type. But my…my… my… when he did a cover of Usher’s “Climax”, I felt myself beginning to melt. (But I had to keep my composure because I didn’t want to spill my drink 😉  haha) At only 22 years-old, Blake actually wrote “Climax” for Usher, as well Rihanna’s “No Love Allowed,” and Rick Ross’ “Presidential.”  Who knew?! Anyway, it’s clear that this young man has the talent and the potential to go far. 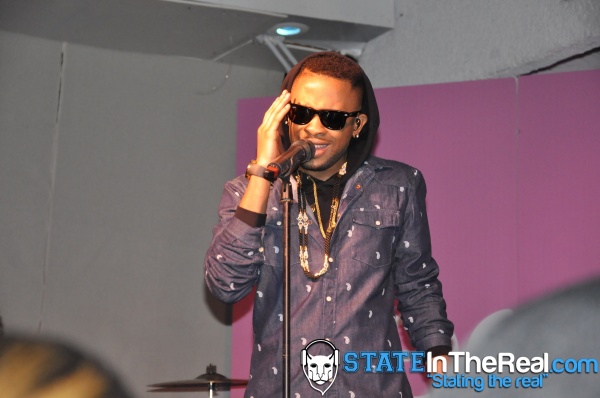 NYC’s own, Bridget Kelly, represented for her city by beginning her set singing the chorus of “Empire  State of Mind.”  Baby, I’m from New York/ Concrete jungle where dreams are made of. Instantly, the New York natives in the audience went wild! Not only is this chick strikingly beautiful, she also has a voice of gold. That was very apparent when she covered The Roots’ “Baby You Got Me” and Justin Timberlake’s “Until The End of Time.” Bridget Kelly is a very captivating performer. See, she tells  stories as she moves from song-to-song… connecting each song to a feeling or an experience from her real life.  Her song “In The Morning” talks about secretly loving someone and only being able to say it when she’s drunk… then denying it in the morning. It has a swaggy beat and lyrics that’ll make you be like “MmmHm. Guilty! I’ve done that too GURL!” Check out these videos from her set.

Headliner and Grammy Award winning artist, Melanie Fiona pulled out all the stops when it was her time to hit the stage.  She electrified the crowd with her energy as she paid tribute to her Caribbean roots.  Her songs “Somebody Come Get Me” and  “Ayo” have this distinct Caribbean flavor too them. I found myself singing along with a heavy Jamaican accent that I didn’t have 5 minutes earlier.

When she preformed her Grammy award winning song, “Fool for You,” I could hear all the women in the audience yell “YAAAAAAAAAAS.”  Because you know, mostly every girl has been in that position when they’ve acted completely foolish for a man. She dedicated her next song, “It Kills Me” to the men in the audience. This heartfelt ballad verbalizes how it feels to love and hate someone at the same time… torn between staying with someone or leaving them alone. Pretty deep, huh. There was an awkward moment when Melanie Fiona paused to allow the audience to sing along… but no one sang. Yikes! Fiona played it off well by making a couple jokes and asking one of her back up singers to refresh the audience’s memory before starting the song over again.

“4 A.M.” peaked at number 8 on Billboards Hip-Hop/ R&B charts. This is one of those songs that got played out from being on constant rotation on the radio of for so long. When it was first released in 2011, I loved it. I even loved it when it was remixed and re-released a year later with a new techno beat and a  feature from reggae artist Sean Paul.  I played so much that it eventually became one of those song that I said “Ugh, not this again” every time it played. So naturally I was dreading for it to be performed that night. When I heard the intense beat drop, I was like “Oh Here It Comes!” But something was different. I don’t know if it was the passion behind the way Melanie Fiona was singing… but something was different. I fell in love with this song all over again!

Melanie Fiona ended her show as her hip-hop alter ego Felony Minoa (a name given to her the rapper Wale).  She did a medley of Drake’s “Starting From The Bottom,” Wale’s “Bad,” and Kendrick Lamar’s “Bitch Don’t Kill My Vibe.” She even gave her ‘rapping hat’ to one lucky fan in the audience whom had been singing along and rockin’ with her all night. 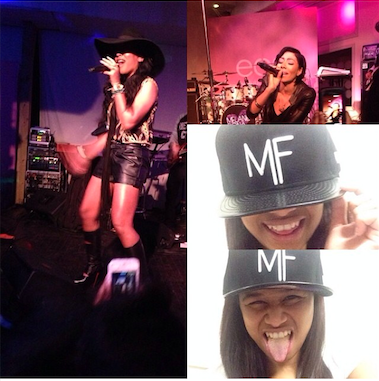 The lucky fan, Toni, posted this picture on Intagram of herself wearing Melanie’s hat. 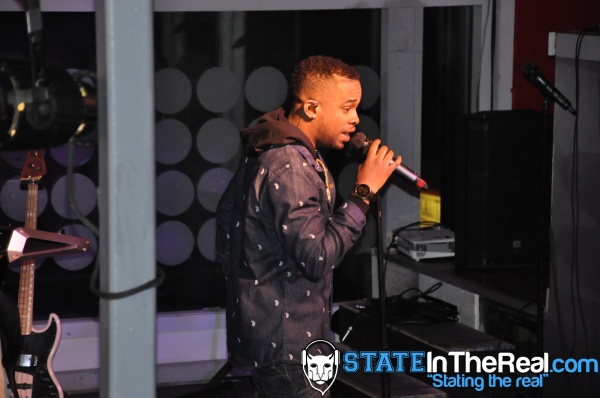 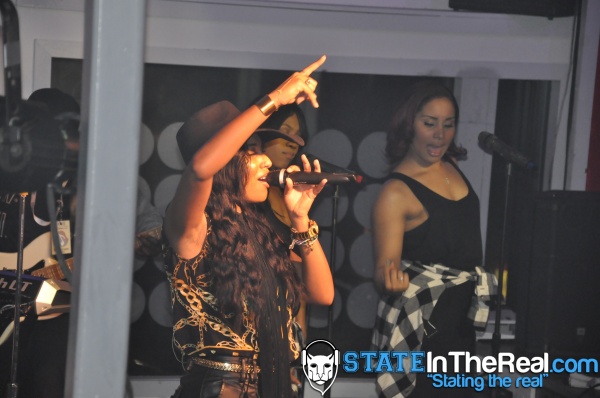 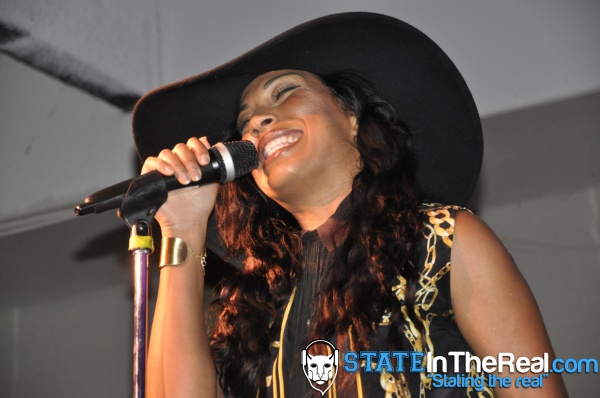 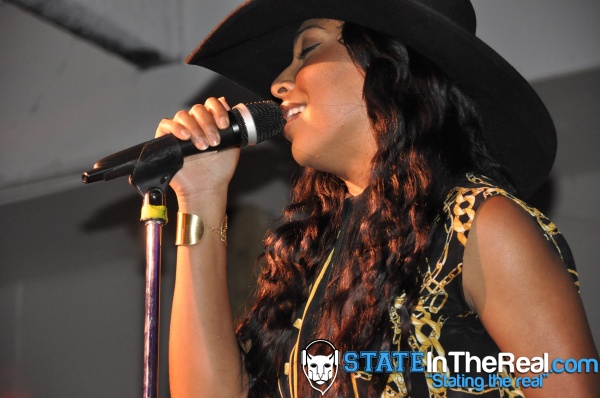 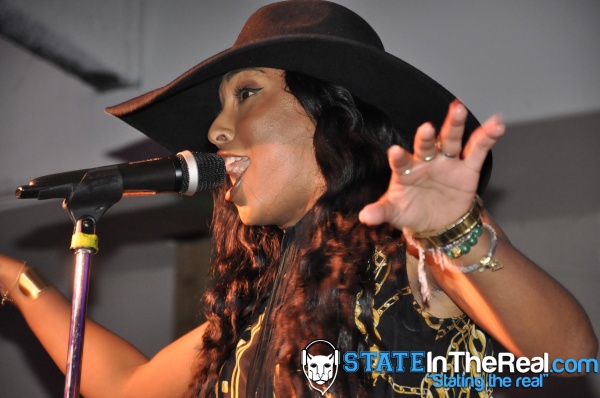 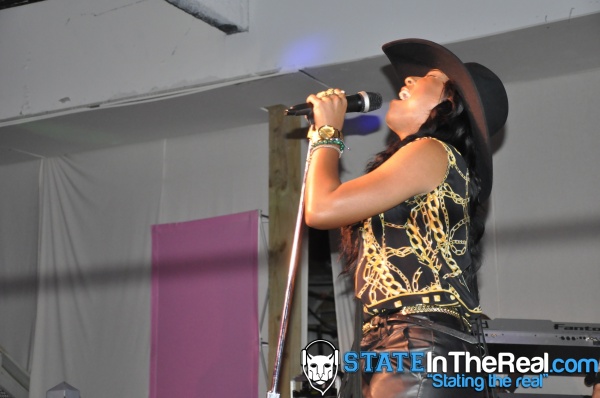 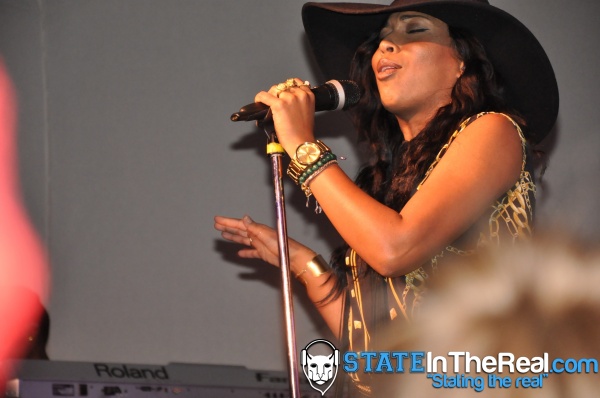 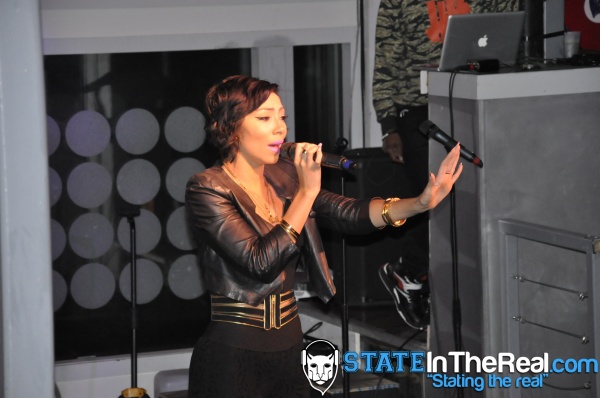 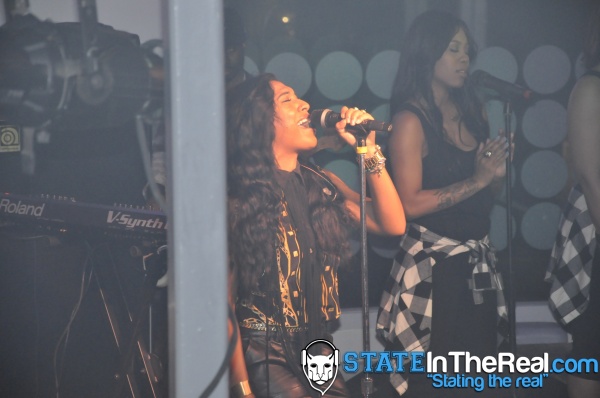 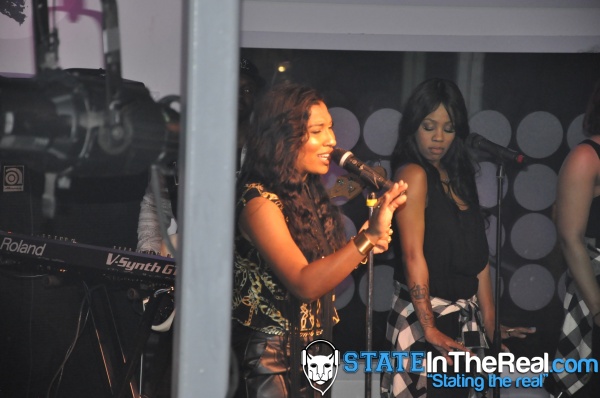 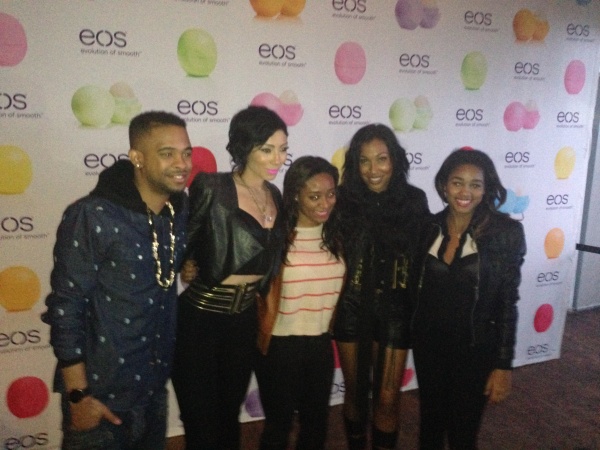