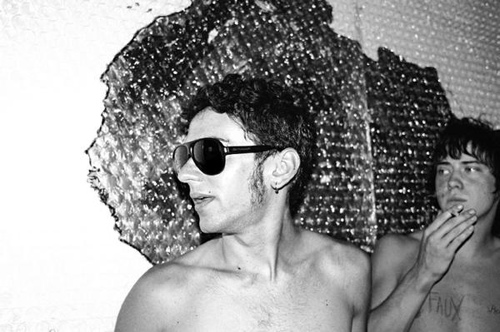 The Movin’ On 2013 headliner HAS BEEN ANNOUNCED! Psychedelic rock outfit MGMT will be gracing Happy Valley on Friday, April 26, 2013, entertaining the Penn State student body with their groovy, acid-washed synthesizers and warbling harmonies.

MGMT rose to fame from their critically acclaimed debut Oracular Spectacular, particularly with their breakout single “Time To Pretend.” The bittersweet anthem of youth was featured in the film 21, gripping audiences across the nation with its crunchy electronic instrumentation and airy vocals. Following “Time To Pretend” were the singles “Electric Feel” and “Kids,” further expanding MGMT’s fanbase and revamping the definition of “radio-friendly rock.”
Their sophomore album Congratulations traded in synthesizers for guitars, peaking at #2 on the Billboard 200 chart. The album was characterized by warped, experimental alt-pop, effectively showing the true breadth of MGMT’s musical diversity. With their third album on the horizon, it’s hard to say what kind of music the band plans to deliver with their upcoming release.

One thing’s for sure though, with MGMT headlining Movin’ On 2013, it’s bound to get far out and crazy!

Check out our MGMT playlist HERE.