Late last night, Deadmau5’s twitter, Facebook, and iPhone got hacked by the group Anonymous, and it was funny/confusing for everyone except Deadmau5.

His twitter bio, location, and everything was changed to to the words “Expect us,” and his tweets were the same; they even made his profile follow their YourAnonNews twitter handle… lol. 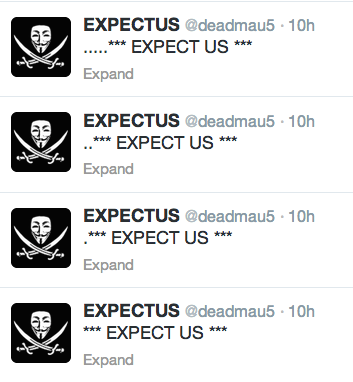 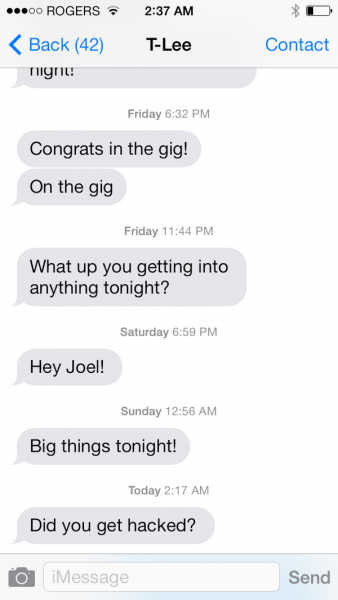 Why Anonymous did this is anyone’s guess, though hopefully it turns out to be a harmless April Fool’s joke. Otherwise, why would they start the #MillionMau5March at the END of March…? The answer is most likely “for the lulz” 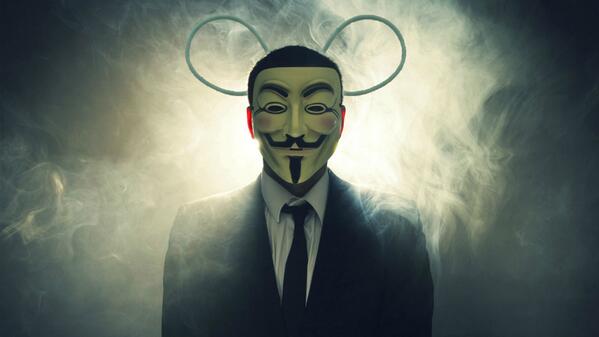