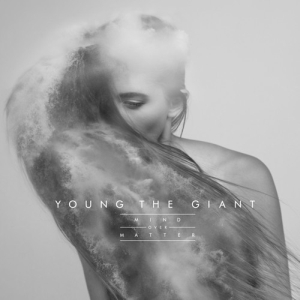 It’s been over 3 years since we’ve heard any new recordings from eclectic California indie-rockers Young the Giant, but finally their new LP Mind Over Matter has been released to feed our hungry ears. Released under Fueled by Ramen, (who brought us favorites such as fun., Jimmy Eat World, and Panic! at the Disco) the album is the second full length album for the group. Their eponymous debut album brought us such hits as “Cough Syrup” and “My Body” which could be heard everywhere from beer commercials to NBC’s The Voice. You might also remember when these guys rocked the Movin’ On festival, sharing a stage with the Avett Brothers. Well the gang has been working tirelessly between touring to write and produce new material. Naturally, there is a lot of pressure for these guys to match their commercial and musical success, and Mind Over Matter absolutely delivers. 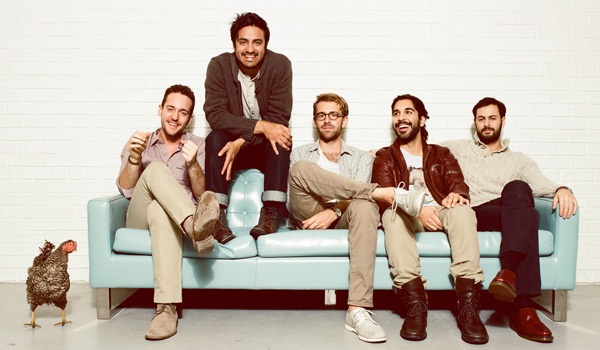 If Mind Over Matter could be described in one word, that word would be “energy.” The band has truly matured and evolved in terms of talent and songwriting. This translates into pure confidence and passion that can be heard throughout every track on the album. Young the Giant harnesses their ability to generate catchy and consuming grooves and injects a burst of energy creating some of their most danceable jams to date!

Sameer and the gang released several songs prior to the albums release including “Mind Over Matter,” “Crystallized,” and the appropriately titled “It’s About Time.” “It’s About Time” is perhaps the band’s most aggressive track in their discography but it was a smart choice as the first track from the record to be released. Not only is it an absolute jam, but it prepares fans for the diversity of this album. Mind Over Matter channels so many different musical influences and styles that each song is entirely unique but longtime fans of the band won’t feel left behind or disappointed.

From the upbeat flooding choruses of “Anagram” and “Teachers” to the inviting echoes of “Firelight” to the ragey grooves of “It’s About Time” Mind Over Matter is a welcome and worthy gathering of excellent and diverse tracks that will not only fully satisfy current fans, but also attract a whole new crop.

THE VERDICT: Buy it, download it, get the vinyl, just get this album. On Mind Over Matter Young the Giant confidently rocks your psyche, subconsciously causing you to dance around in public, and by the time you realize, you’re already too busy grooving to care.

You can, and I highly suggest that you do, catch Young the Giant on tour this spring and returning to Firefly Music Festival in Delaware in June. Check back with State in the Real in early March for my review of their show in New York, and for more Young the Giant updates and tour dates, head over to the band’s official page at http://www.youngthegiant.com/ .