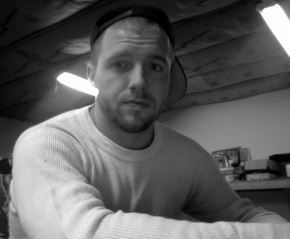 Chester Berks is a soulful hip-hop artist from Reading, PA. He mixes hip-hop, soul, and good vibes. Twenty-two years old and new to University Park this year, this senior is more than excited for his opportunity to compete at Movin’ On Battle of the Bands. The excitement of the atmosphere and access to new people and audiences has perpetuated him to release his first two mixtapes this year. With his music, he tries his best to make it honest and original. He likes to think his music strays from the pack, especially in contemporary underground hiphop music. His influences include Miles Davis, Kendrick Lamar, Common, Mos Def, James Blake, J Dilla, Kanye West, MF Doom, Lauryn Hill, and many more.

Berks says, ” I’m just getting my feet wet in the State College/PSU music community and I’m really hoping to make some more key contacts and collaborate with some of the area’s finest while showing them my perspective and spreading my vibe as well.”

According to Berks he has a release planned before the end of the semester as well as a pending joint-entry with PSU producer/DJ SitRealm for the Phyrst Jam Sesh Battle Tournament to be held throughout April. The release will ideally be a short 3-4 song tape with collaborations from PSU producer Ray Miller aka SitRealm and my feature vocalist and State College native, Olivia Jones who will be performing with me at the Movin’ On Battle of the Bands.

Movin’ On 2013, State In The Real, and Penn State are so excited to have Chester Berks perform in this year’s Movin’ On Battle Of The Bands!  Check out below Chester Berk’s EP “Start Walking” and give us your feedback! Come out Saturday, March 23rd at 9pm in Alumni Hall to hang out with me and Chester Berks and catch his set!