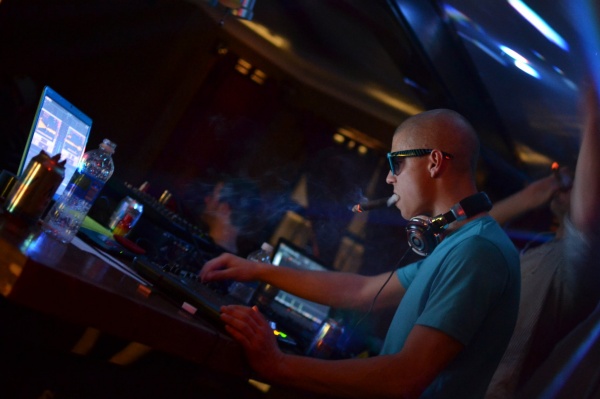 You can find his Facebook by clicking here, where he constantly updates his fans with all on his new songs. In addition, you can look for new singles on his Soundcloud below, which Keegan is also constantly updating. If you would like to contact Keegan directly, check out his website here.

Keegan’s music is the type that makes you want to do absolutely anything and everything, what better way to do that than to see him play live at Penn State’s Movin’ On!

In a recent interview with him Keegan, he stated, “I have been immersed in music from an early age – seven or eight, about.  I started out playing the Saxophone and received years of classical training and even, at one point, used to do chamber performances.
In Middle School, I fell in love with jazz and became consumed by it.  By 15, I was playing regularly at local bars and clubs with my jazz duo, which eventually became a quartet.
For my graduation project from high school, I researched electronic music production.  As I transitioned to college, I picked up DJing as a means to showcase my music to people.My biggest inspirations are a number of jazz musicians, whose influence played a significant role in shaping my current musical identity.  Players like Maceo Parker, Cannonball Adderly, Horace Silver, Coltrane, Miles Davis, Max Roach, Clifford Brown and dozens upon dozens of others were my musical foundation in youth.  When I began to get involved in electronic music, Infected Mushroom, Wolfgang Gartner and Deadmau5 were my biggest inspirations.
My aspirations in music?  Constantly improve my rate of improvement and reach as many ears as possible.”

Movin’ On 2013, State In The Real, and Penn State are so excited to have Keegan Tawa perform again in this year’s Movin’ On Battle Of The Bands!  Featured below, you can check out two of the Tawa’s singles titled “Meditation on Awooga” and “Sunrise in the Blue” and give us your feedback!

Come out Saturday, March 23rd at 9pm in Alumni Hall to hang out with me and Keegan Tawa and catch his set!