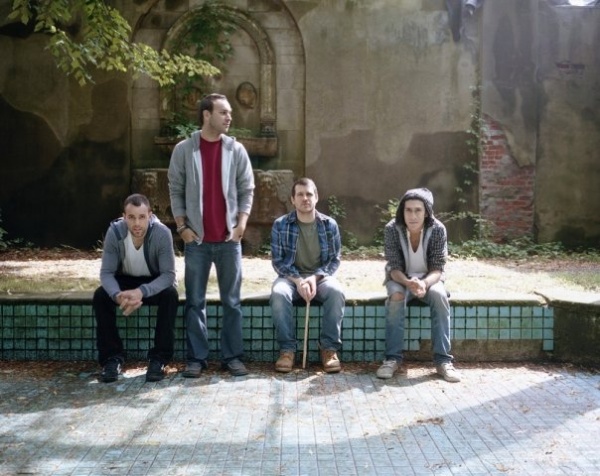 Brand New: While they may not be the most mainstream-ly successful band, chances are you’ve at least heard of Brand New, heard one of their songs, or heard one of their lyrics without realizing it (and for some reason, there always seems to be at least one person at every concert wearing a Brand New shirt, regardless of genre). While many may know Brand New for their most wide reaching album, Deja Entendu, the band goes much deeper than that.

Brand New was founded in 2000. Jesse Lacey, the band’s singer, rhythm guitarist, and primary songwriter/lyricist, was the original bass player of Taking Back Sunday. After a well-known feud with the one of TBS’s members (which both BN and TBS ended up writing multiple songs about at a later date), Lacey left and played with a band called The Rookie Lot. In this band was also Garrett Tierney and Brian Lane, Brand New’s bassist and drummer, respectively. After The Rookie Lot broke up, they started practicing with Vincent Accardi, Brand New’s lead guitarist, and thus the entity that is Brand New was formed.

The band, fresh out of the Long Island independent music scene, first gained some footing with the original release, Your Favorite Weapon. The song “Jude Law and a Semester Abroad” started getting their name out there, and the band’s original pop punk angst still speaks to a lot of the band’s die-hard fans. But come 2003, everything changed for the band. Enter Deja Entendu, the band’s first and only album to be certified gold by the RIAA. The album was a big leap for the band’s sound, and people were starting to catch on. More aggressive and emotional songs like “Sic Transit Gloria…Glory Fades” and “The Quiet Things That No One Ever Knows” stood out from other bands, while more mellow, sad songs like “Okay I Believe You, But My Tommy Gun Don’t” and “The Boy Who Blocked His Own Shot” reminded fans of Lacey’s poeticism. The band even played their song “The Quiet Things…” on The Jimmy Kimmel Show. The album really struck a chord with listeners, new and old, that still lasts today for many.

Then came a period of obscurity for the band. The band took some time off from touring, and seemed to be pretty quiet about what they were doing. In 2005, the band added Lacey’s cousin, Derrick Sherman, to the line up to play guitar and keyboards. Fans also eventually learned that BN were recording a new album. But early 2006, nine untitled demos that the band had been working on leaked online. These demos, known as the Fight Off Your Demons demos, are considered some of the band’s best work. Brand New, being the secretive band that they are, decided to scrap many of the demos and write a new album. In late 2006, The Devil and God Are Raging Inside Me was released, and showed a further progression for the band’s sound and maturity. While some of the untitled demos were revamped for the album, the band was sporting a much darker sound with darker lyrics and topics. Instead of covering topics such as break ups or being homesick, the album covers areas such as death, Heaven and Hell, good vs. evil, and self doubt. The song’s often darker and more aggressive instrumentations reflect this well, with songs like “You Won’t Know”. But the band didn’t stray too far from their previous album, with songs like “Sowing Season” and “Luca” having elements that called back to their Deja days. The band even continues having some extremely moving tear-jerkers, with “Jesus” being a perfect example. The Devil And God was the band’s deepest and most artistic release, and it was obvious for fans that the band was struggling with some real personal issues.

After a few more years with fans unsure of the band’s future, they learned that LP 4 was in the works. The album was again worked on with very little word from the band, and many fans were shocked when Daisy was released. The album was unlike anything else Brand New had ever released before: experimental, chaotic and self-destructive. The band wanted to break free from any preconceived notions anyone had about them, and they definitely accomplished it. The album was purposely scattered, and the songs don’t fit very well together. Many tracks are all over the place, while others are slightly mellower and more structured, and focus on experimental instrumentation. The album is angrier and more frustrated than ever. Some tracks, like “At The Bottom,” are expressed in a more mellow way, while the band goes all out on tracks like “Gasoline.” In a form of (somewhat) organized chaos, Daisy is Brand New’s hardest to swallow, yet most creative release to date.

Entering 2013, fans are itching for a new release from the band, but there doesn’t seem to be anything planned (that we know about at least) for LP5. The band doesn’t try and force their releases, and instead let it come naturally to them. If and when LP5 comes, it will definitely be worth the wait.
So after all of that, Brand New is known for a number of things: Deja Entendu, their extremely dedicated and die-hard fan base, how secretive they are about everything that they do, the band’s wide-reaching poetic lyrics, the emotional power of their songs, the fact that the band essentially does what it wants, when it wants, and a lack of genre that they adhere to. The entity that is Brand New is a wide-spanning band that can’t be fit into one genre. Their band covers genres from angsty pop punk to artistic indie alternative to noise-influenced experimental rock, and they do all of it better than anyone else. As stated before, you may know them best by their releases “Jude Law and a Semester Abroad,” “Sic Transit Gloria…Glory Fades,” “The Quiet Things That No One Ever Knows,” “Jesus,” “Sowing Season,” “At The Bottom,” “Daisy,” and “Gasoline,” all of which you listen to below. Brand New always puts on a good show, but they don’t do much touring. They will often times go months or years without playing a show, so this is one band you DEFINITELY DO NOT WANT TO MISS at Movin’ On.