My Night With Umphrey's McGee 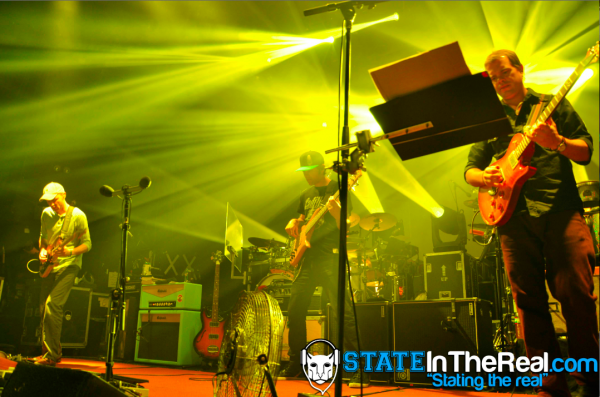 This past Monday, State College was lucky enough to host Umphrey’s McGee again, and we could not be happier and more thankful for it! The entire show, and its attendees, exuded a funky, chill, and magical groove that consumed the intimate venue for hours. 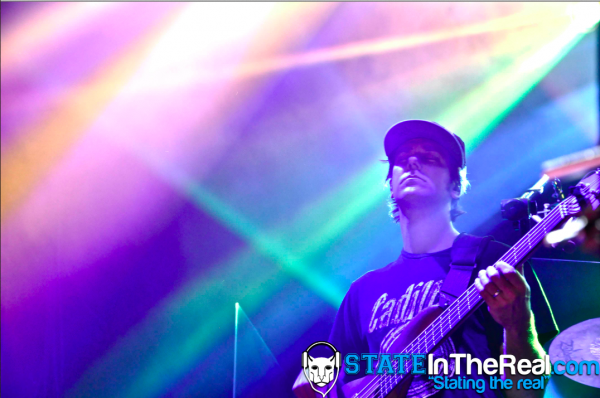 The band started promptly at 9pm, to a roaring tie-dye laden crowd. The movie-theater venue was packed, with fans spilling into the isles and the space in front of the stage, as well as high up in the balconies, dancing the entire time. The music was intoxicating. It took over the crowd like a psychedelically powerful wave of funk and soul and seeped deeply into our pores. The energy was high and it was apparent that the guys were having just as good a time as the crowd, smiling and physically showing their passion from one solo to the next. 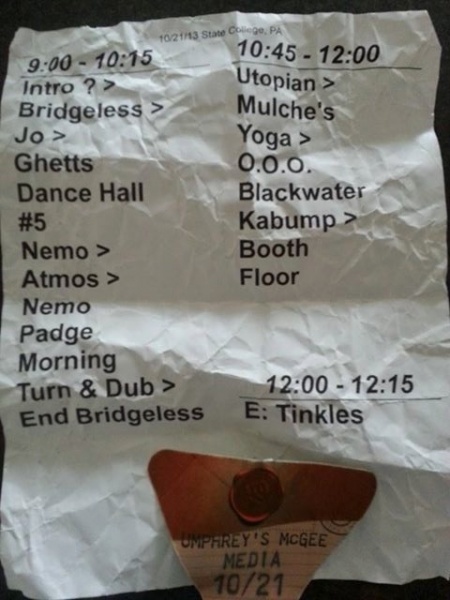 The set was incredible, lasting over 3 hours and playing some obvious crowd favorites. At one point, a sort of battle trio happened between guitarists Jake and Brendan and bassist Ryan, that built up more and more until an explosion of creativity splattered all over the crowd.

After the show, I was lucky enough to be invited by Brendan to come backstage and hang out with the band for a little. They cracked open some beers and talked with us about their plans for after the show: a 12 hour ride home to Chicago for bit, then down to Philadelphia, and then off to Milwaukee for a Halloween show, where they say their biggest fan base is. They compared the crazy, loud, and restless Milwaukee crowd to those in Denver, Atlanta, and Colorado, but said this smaller show in State College was really great and awesome, and they were very impressed with the turnout on a Monday night (they must not know Penn Staters too well…). We then chatted about everything from super bowl halftime malfunctions to the glutton bowl, and from the inconvenient one way streets to various musicians and their styles. Jake, one of the guitarists, gave us a peek into his source of musical genius and inspiration:

“Yeah, I have something like 4,000 records at home and it’s kinda like my education in a way. There’s so much to take in and so many people that have been forgotten about that its your job to sort of revitalize it in yourself… and you might pick up this little gem from someone that’s completely forgotten about and bring it into your style, and its just like tricks in a bag, like magical tricks you can pull…” 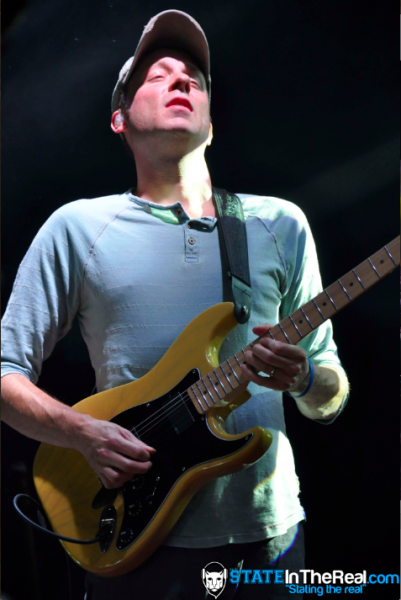 Somewhere along the line we ended up in a little improvised sing session with Jake, who sat and hung out with us the whole night long. Other members of the band were excited to go and check out the State College bar scene, I think deciding on Zeno’s for the night. 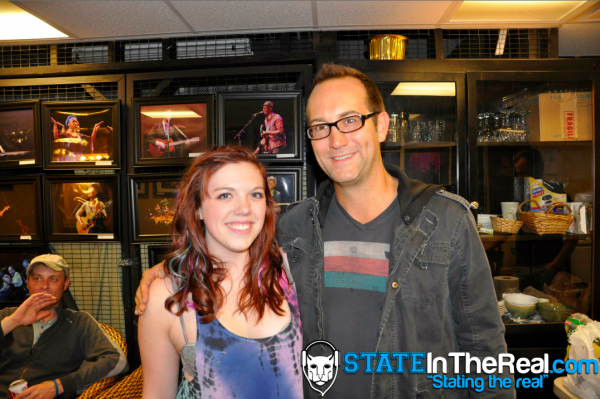 All in all, the show was fantastic and the band was truly a genuinely nice, inviting, and entertaining group of guys. I was sad to have to go, but I think with such a hit show and great turnout there is no reason for them not to return. 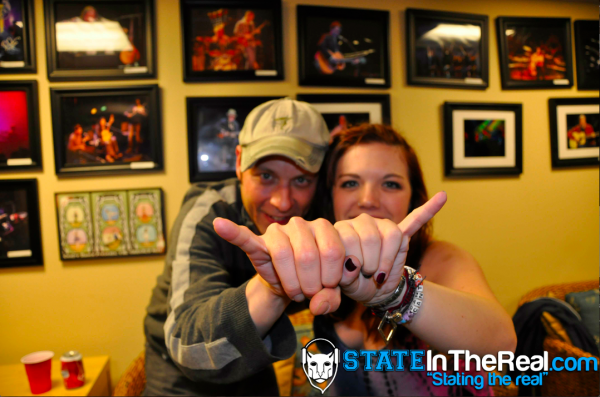 Check out the full album of pictures on our Facebook.