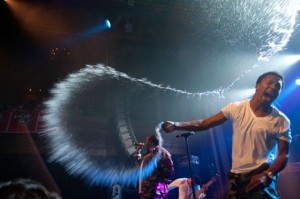 Lupe Fiasco has released his new mixtape “Friend Of The People: I Fight Evil.” He takes his usual flow, and lyrical genius, and even found a way to add some Dubstep in there. Lupe killed this mixtape and it is like that throughout every song.  He speaks of his usual current public problems, political issues, and things he thinks are wrong with this world.  This is the Lupe we know and love, and starting off with “Lupe Back” till “The End of the World” this is a mixtape you will want to listen to all of the way through.
Listen Here:
Download Mixtape | Free Mixtapes Powered by DatPiff.com