Happy Tuesday State In The Real Readers! Up first we have a special album release for you! The local band Port Vue is releasing their very first EP titled, All Your Wishes. Other featured bands include Divided By Friday  releasing their new album Modern Memoirs, The Avett Brothers with their album Magpie and the Dandelion and Lightning Bolt by Pearl Jam. Keep reading for info on all of the bands and a few other albums that are being released today too!

Port Vue – All Your Wishes 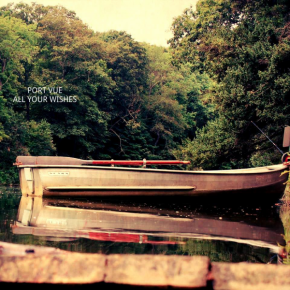 We, here at State In the Real are extremely excited to include the local band, Port Vue, in this edition of New Music Tuesday. They are releasing  their very first EP titled, All Your Wishes, which was Produced by Jay Leppo of Dispatch Records.

Port Vue is made up of lead singer Joe Penzelik, lead guitarist Ben Sudie, John Wiater on guitar, Marc Shively on bass and Scott Stonebraker on drums. The Port Vue boys are all students here at Penn State but recently they made the journey back home to Pittsburgh, to win the Duquesne University Battle of the bands.

Dont take my word for it. Go listen to this awesome local band for yourself! If you would like to read more on Port Vue’s EP release check out this article. 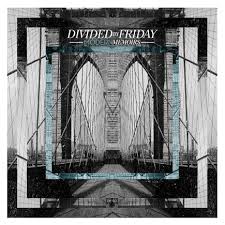 Divided by Friday’s newest album, Modern Memoirs, shows the massive progress the band has been making. They have made some big changes to their sound recently and we are all in for a treat!

In the past they have have buried their sound under mountains of hard guitar riffs and intense drumming, but no longer are they hiding their emotion. In their new album, Modern Memoirs, more concentration is being put on their lyrical and melodic sound. From the first track to the last, you’ll hear the raw emotion and deep soulful sound from which the band was born.

All of these changes are sure to widen the bands fan base and win the hearts of current fans. They now have the polish to run with the big dogs in the mainstream but posses a unique enough sound to give them the edge they need to make them stand out.

If you don’t know anything about Divided by Friday they are a cool mix of Fall out Boy and Panic! At The Disco. Honestly what more could you ask for?!

If you haven’t picked up their new album yet, go get it!

The Avett Brothers – Magpie and the Dandelion

A little over a year after their last album release of The Carpenter it seems that the Avett brothers have rushed to release their newest album titled Magpie and the Dandelion. But it may not have been a rush at all.

The band stated that, while writing and producing the last album an environment was created for not only all the deep heartful songs like that which are featured on The Carpenter album, but also more ballad heavy material that just wasn’t suited for the likes of The Carpenter. So what to do with all of this leftover creativity? Channel it into a second album that was more suited for the pop rock like ballads.

The band wrote “While we were working on ‘The Carpenter,’ we were so inspired that we wrote another record as well,”. They continued “During those sessions, we just felt it. Working with Rick Rubin again, we tapped into something very special. It’s like everybody was in the same zone.”

Many fans are excited to see the other side of the band they all know and love. It is always good to see a band become comfortable enough with themselves to make different music from their norm.

To see what all the awesomeness is about, go listen to The Avett Brothers new album today!! 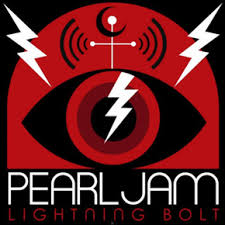 It has been four long years since the infamous Pearl Jam has produced an album; the longest period of time that they have ever made fans wait between studio albums, but finally  their tenth studio album, Lightning Bolt, has been released. Because of this long wait time, one might expect the product to be spectacular but fans are talking and it doesn’t sound promising. It seems as though this may be one of the most controversial album releases of the year!

The album features the usual; stirring vocal delivery, sharp guitar riffs and steady rhythm. After twenty years of playing together they should be expected to have it together, which they do, especially in  the musicianship department but some fans are saying that the produced set, excluding a few tracks, is too varied for their liking. The question becomes, can you really blame the band? I mean, what do you expect when band members are spread across the the country independently writing songs of their own liking? Are the critiques being too harsh and should the band really be punished for branching out a little bit?

Their two singles were most certainly the peak of this album. One fan stated ‘”Sirens” is out-of-body experience good and “Mind Your Manners” makes me want to leave my apartment right now and go run 6 miles.’ These songs were well put together and have gained the approval of most fans but as for the other tracks on the album, it seems as though the band may have missed the mark. They stray into a more funky place that just doesn’t live up to the better songs on this album or to the standard that has come to be expected of the band.

This album has definitely pushed the boundaries, but you’ll have to decide for yourself what the result is. Really awesome or slightly odd?

Other albums that were released this week include: Professor Green  – Growing Up in Public, Morcheeba – Head Up High, Feed Me – Feed Me, Kevin Devine & the Goddamn Band – Bubblegum, Red Fang – Whales and Leeches, The Dismemberment Plan – Uncanney Valley, Trivium – Vengeance Falls, Icon for Hire – Icon for Hire, Morgan Taylor Reid – A Minor Heartbeat, Silverstein – This Is How the Wind Shifts: Addendum, and Morgan Taylor Reid – A Minor Heartbeat.