Happy Tuesday SITR readers! There are some awesome albums out today that you should not be missing out on! First up, we have the electronic-core band, I See Stars, out with New Demons, AFI out with their newest album Burials (which is sure to be a hit), Katy Perry has released her new album Prism and James Blunt is back at it after three years with his album Moon Landing.

Keep reading to learn more about the albums and the bands that created them! 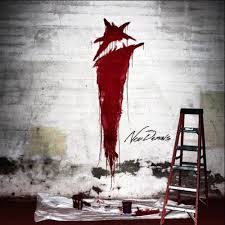 This electronic-core band, from Warren, Michigen hit the scene back in 2006, with their debut album 3-D, when the turnover rate for new hardcore bands was at an all time high, but they managed to fight their way to the top and ultimately survive the cruel music world. Their last album Digital Renegade has topped many charts including its peak  at number 45 on the Bilboard top 200.

Lucky for us they are back at it! After many delays, multiple release dates that kept being pushed back, and a leak on the internet, I See Stars is finally, officially out with their fourth studio album, New Demons.

One of the tracks on the album titled “Can We Start Again” features Frankie Palmeri of Emmure, and Mattie Montgomery of For Today. The song was originally set to be a b-side for the previous album but quickly evolved to become about a scene that is reminiscent of the hallways we all walked down as teenagers.The band stated “his song goes out to all our peers and friends who live on the road doing it every single year, but more importantly to all the fans who make this all possible.” This song inspired the band to write a whole album dedicated to the likes of this song. That album is titled New Demons and you can get yours today!

To hear the song that started it all check out the youtube video below and be sure to get your copy of New Demons today!

The latest from the post-punk godfathers, AFI, has hit the shelves this week. Their newest album is titled Burials and it is completely filled with what many are considering their best material yet.

This album holds so many twisting emotions within it. Burials is very lush and extremely layered, and is varied in that it holds deep heartfelt songs and rapid-pulsing tracks, but it flows together seamlessly.

From the post-punk rock songs that they are know for, to the most romantically menacing tracks the band has ever written, fans are sure to be pleased and this album is destined to be a huge hit.

Go get your copy of Burials today! 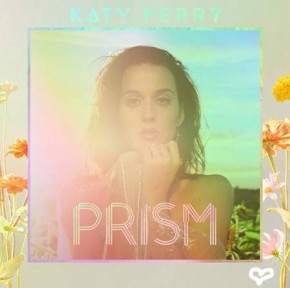 We have all heard it, the newest single off of  Prism,the power pop song  titled “Roar.” This song pretty much sums up the entire album. It is evident that Katy has found herself and has poured that part of herself into the creation of this album.

From the beginning, Katy knew what she wanted this album to be. She had a vision and no one was going to stop her from fulfilling it. In an interview with Billboard she stated “I know exactly the record I want to make next. I know the artwork, the coloring and the tone.”

Although, the album was largely inspired by Swedish dance music artists and Katy even worked with a Swedish producer to complete the album, it seems as though she has matured and it reflects in the music. She is still writing and singing power pop anthems that most people can relate to, but now they seem to be filled with the tone of a wise, experienced, educated young lady.

I hope that many young fans can follow Katy through this album, even though it has a more mature undertone. She has become an incredible role model to the younger generation and older one alike. She sings songs we can all relate to and she does it in such an elegant way.

Prism is out now, so go take a listen for yourself !

After a three year hiatus, James Blunt has released his fourth studio album titled Moon Landing. It has many fans wondering if he still has it in him to create good music.

Rumors are flying around the internet that he only made this album and enlisted producer Tom Rothrock, who was the producer for past successful albums, because of the downward sales trajectory.

The general consensus is that it is not the producer who needs to change, but Blunt himself.  He is consistently cliche with his lyrics and song themes. Such as, in his track titled “Satellites,” there is a lot of rhyming and a cheesy beat. Both of which had gone over well in the nineties, but this is 2013 and fans don’t want a throwback.

While many tracks on the album are pretty cheesy, there are a few good tracks that are definitely worth listening to. Go find out for yourself and listed to James Blunt’s newest album, Moon Landing, today.