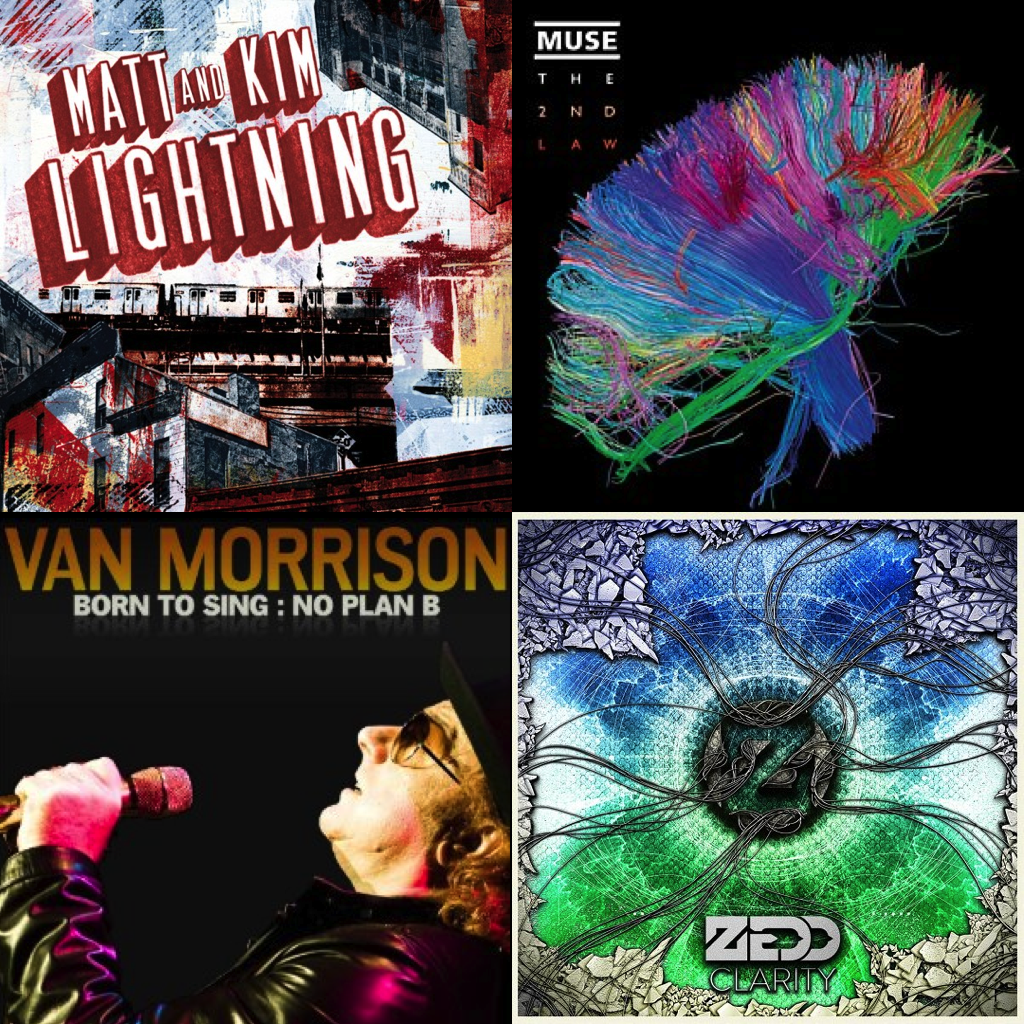 If there is one thing that music lovers can find solace in during hectic midterm season, it’s that with Tuesdays, also comes new music!

This band graced PSU’s Movin’ On concert a few years back when it was still on the Hub Lawn with their catchy indie hit “Daylight”. With their upbeat piano beats and unique vocals, Matt and Kim are at it again releasing their fourth studio album today. Lightning has been promised to satisfy Matt and Kim fans everywhere. Featured Single: “Let’s Go”

The new Muse album dropped today, and it’s fair to say that their hit single from the album “Madness” describes this new album perfectly. The talent that this band has is absolute ma-ma-ma-madness. This will be the band’s 6th studio album, and it is fair to say that Muse (whose musical career is just as old as some of us) has stayed with the current times. Some critics are stating that the album has some “dubstep” influences in the way the band is using their bass. Give the album a listen and let us know what you think!

Van Morrison – Born to Sing: No Plan B

It’s clear that Van Morrison really has “No Plan B” other than singing for the rest of his life. With today’s release of his new album, that brings his total studio album count to a whopping 34 albums. This sixty seven year old singer-songwriter will still charm every “brown eyed girl” out there with his bluesy sound in this new album.

Don’t worry, we didn’t forget about all you “EDM heads” out there. Zedd, the electronic house music producer from Germany, released his first full studio album today. His single from the album “Spectrum” features vocals from the Matthew Koma (who was rumored to be dating singer Carly Rae Jepsen). Overall, the album contains promising tracks for you to add to your “rager” playlist and is definitely worth checking out.