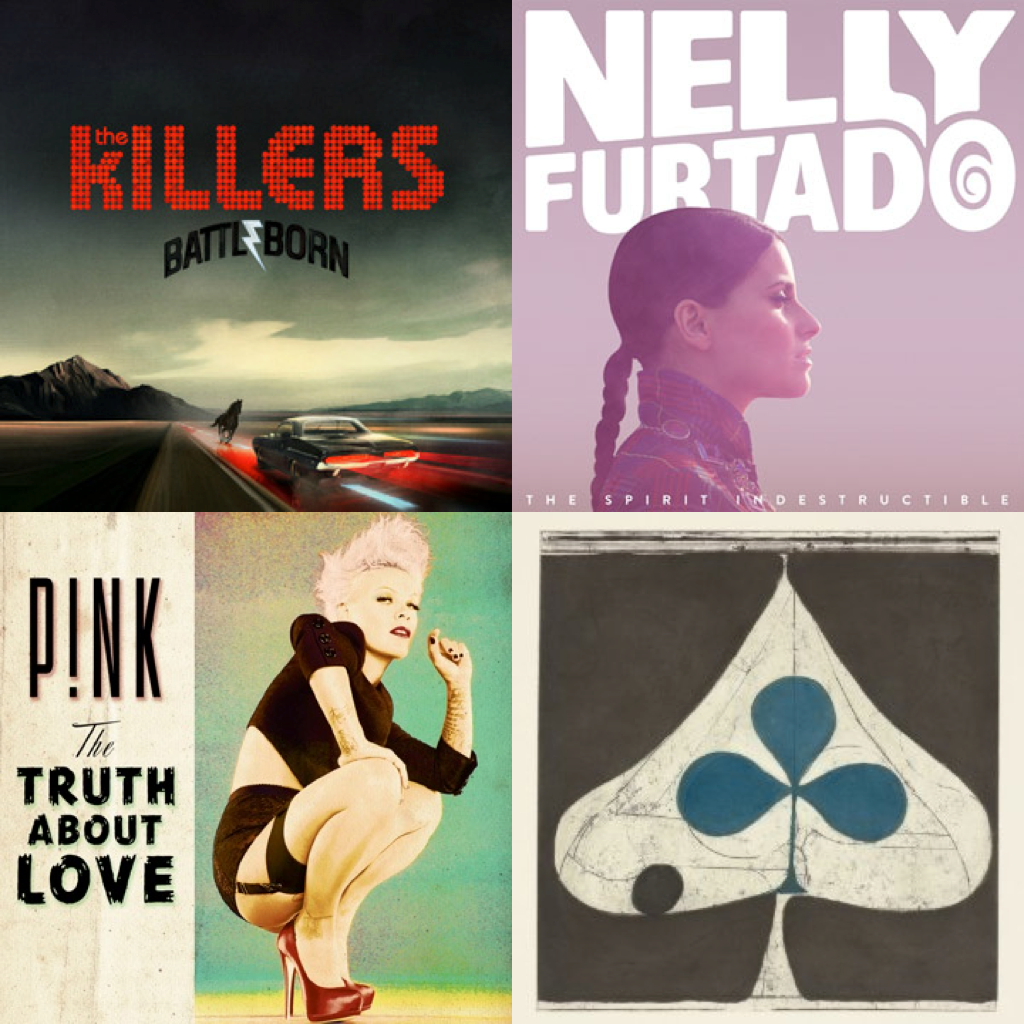 Another Tuesday, another spattering of fantastic new music for your indulgence!

Brandon Flowers and company released their fourth album, the epic and powerful Battle Born. This is easily the band’s most diverse effort yet, a melding of heart-pounding disco and sky-high rock.  Their lead single off the album “Runaways” is a fantastic track especially, one that’s worth keeping on repeat.

Ben Folds Five – The Sound of the Life of the Mind

Cruel Summer is a compilation album of several hip-hop artists including Kanye West, Kid Cudi, 2 Chainz and more. Together, they created a scalding hot collection of rap and hip-hop, with the single “Clique” currently dominating the radio and rap charts.

P!nk – The Truth About Love

Pop-rocker P!nk released her 6th studio album The Truth About Love, kicking up the candy-sweet pop tunes and bringing in some fun features. We featured her duet with Lily Allen a few days ago, and now we’ve got her fist-in-the-face ballsy song “Slut Like You.”

Grizzly Bear went back to the drawing board and busted out the supreme indie-rock sound for their 4th studio album Shields. Check out their track “Sleeping Ute” here!