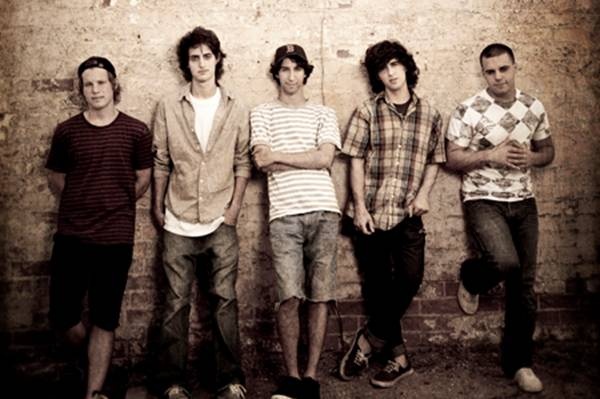 Spring is blooming with album releases, and Transit wants in on some of the action. The pop-punk band hails from Boston, Massachusetts and released a brand new single today off their new album “Young New England” is set to drop April 2nd. The band consists of Joe Boynton (Vocals), Tim Landers (Guitar/Vocals), Torre Cioffi (Guitar/Vocals), P.J. Jefferson (Bass), Daniel Frazier (Drums). There’s something special about this band, and it’s hard to put my finger on exactly what it is about them that allows them to draw in an audience unlike any other band I’ve seen. They are honest and true in their lyrics, and I think that’s what I like about them most. Their latest album, Listen And Forgive, is one of the most played albums in my iTunes, and I’m so excited for a new release from these guys.

The single is titled “Nothing Lasts Forever” and I am in love. The song is simple and sweet. The lyrics aren’t too complex and it’s something that everyone can relate to. We’ve all had that feeling that nothing lasts forever, and let downs can sometimes be inevitable. However, I love the tempo of the song and how it allows the listener to have hope. It’s upbeat in the sense that while nothing lasts forever, there’s a new beginning somewhere else when all else fails. Plus, it just makes me want to dance around, I can’t wait to see this song performed live at the Barbary April 7th!

Check out the single below: