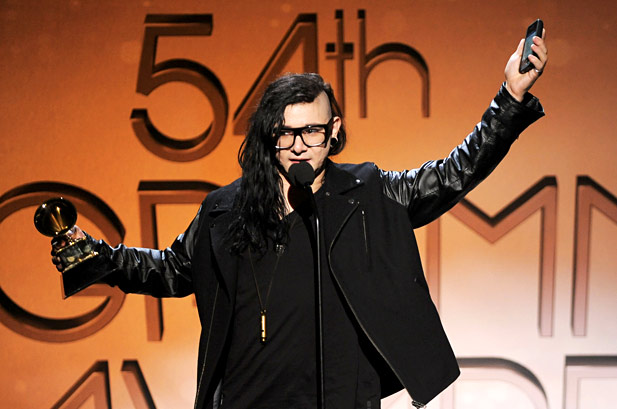 Skrillex has had a pretty epic week.  First he win’s three Grammys, then he immediately released a new track to celebrate his victories and thank his fans.  Now he dropped a new video for his hit song “Bangarang”, off of his hit album also called “Bangarang”.  This video is interesting to say the least, but hey, so is our man Skrill.  I remember listening to him sing back in high school with his band “From First to Last”, and now he is absolutely killing it in the EDM movement.  Sonny Moore you are an interesting character, but damn, you can really kill it on the DJ boards.