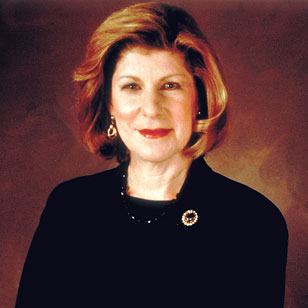 Nina Totenberg, award-winning legal affairs correspondent for National Public Radio (NPR), will speak at 8 p.m. on Tuesday, October 23 in Eisenhower Auditorium as part of the Student Programming Association’s Distinguished Speaker Series. Tickets are free to students with a valid Penn State student photo id beginning Tuesday, October 9. Based on availability, tickets for the general public may be available for free starting Tuesday, October 16. These tickets will be available at the Bryce Jordan Center Ticket Office, HUB Information Desk, Eisenhower Auditorium and Penn State Ticket Office Downtown. In addition to SPA, the Presidential Leadership Academy and Schreyer Honors College will serve as sponsors of the event.

Nina Totenberg’s reports, which primarily focused on controversies surrounding the Supreme Court of the United States, regularly air on NPR’s critically acclaimed newsmagazines, “All Things Considered,” “Morning Edition” and “Weekend Edition.” She has won every major journalism award in broadcasting, and is the only radio journalist to have won the National Press Foundation award for Broadcaster of the Year.

Totenberg earned NPR the Peabody Award and several other prestigious awards for her groundbreaking report about University of Oklahoma Law Professor Anita Hill’s allegations of sexual harassment against Judge Clarence Thomas. For her excellence in legal reporting, she has been honored eight times by the American Bar Association. In addition, she frequently
contributes to major newspapers and periodicals such as “New York Times Magazine”, “Harvard Law Review,” “Christian Science Monitor,” “Parade” and “New York Magazine.”

“Newsweek” considers Nina Totenberg as the “crème de la crème” of NPR. Besides her many contributions in broadcast and print journalism on legal affairs, she is also a regular panelist on a weekly syndicated public affairs television program called “Inside Washington.” In the past, she served as Washington Editor at “New Times Magazine” and a legal affairs correspondent for the “National Observer.”