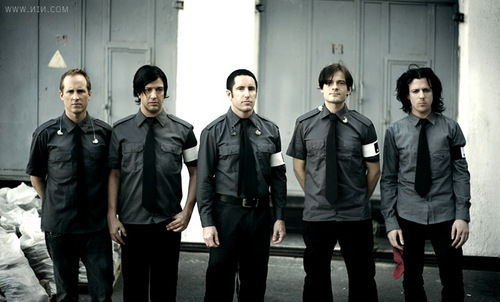 “Nine Inch Nails: Tension 2013” – a fall 2013 North American arena tour. Reznor says, “Tension picks up where Lights in the Sky left off. This is the full-on NIN live experience realized as we never could before.”

The run will launch on September 28 at Xcel Energy Center in St. Paul, MN and include shows at Barclays Center in Brooklyn, NY (October 14) the Bryce Jordan Center in State College, PA (October 19) and Staples Center in Los Angeles, CA (November 8).

Lead single “Came Back Haunted” is available Thursday, June 6 on iTunes (iTunes.com/NineInchNails). In addition, fans who pre-order Hesitation Marks on iTunes will instantly receive a download of “Came Back Haunted.” The album can also be pre-ordered at www.nin.com, where the single is streaming now.