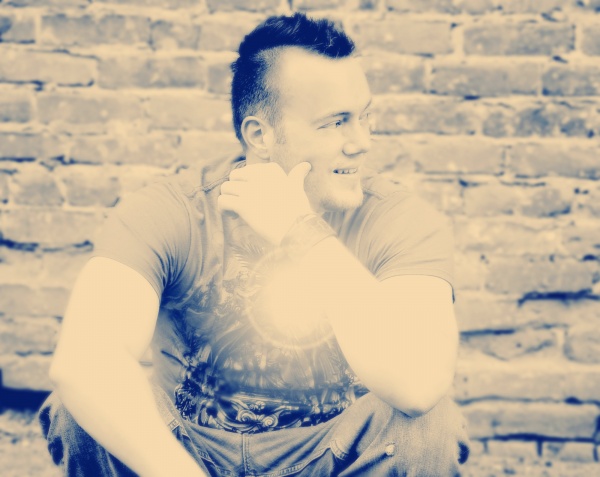 Infusing warmth and life into otherwise cold electronica, independent electro mastermind Mkaio brings the bright sunlight of Hawaii into his music, adding layers of emotion to the beautiful symphonic nature of his tracks. He’s as homegrown as homegrown gets, crafting these golden records from his own bedroom, producing work that rivals the talent of some of the best ambient pop heavyweights. His debut album A Far Off Horizon is an amazingly impressive piece of work, a hazy ride through the experiences of a man who’s lived his life in his music, and he wields his keys and loops like a seasoned author wields a pen and paper.

Take for example his track “Summer Heart,” an instrumental epic that uses subtle electronic flourishes and a blissful tone to paint a soft and serene picture. The song plays like baby blue skies and lazily drifting clouds, golden beaches and gently swaying palm trees. Mkaio’s work may be ambient, but there’s structure to it; it evokes discernible feelings and images instead of dwelling in ambiguous musical purgatory. It’s indie music with mainstream mentality, and it’s what’s going to help him climb the ladder to stardom.

I had the opportunity to interview Mkaio about his fascinating life, musical upbringing, and promising future. Check it out below, and head over to his bandcamp page to stream A Far Off Horizon in full!

My parents are both music educators, so I was raised in music. My mother gave me piano lessons from a young age, and my dad taught me studio production and electronic music engineering when I was about ten. I have always been writing and recording, and decided to finally get my music out there to share with anyone willing to give it a listen. I am insanely passionate about music. Obsessively. Insufferably passionate about music.

SITR: What sparked the idea behind “Summer Heart”?

Living in Hawaii, I used to live for sun-drenched Saturdays at Kakela beach. Blazing sun on bleached sand and blue green seas. I wanted to write a piece that felt like those afternoons. I wanted that hot, saturated, rich and breezy atmosphere to translate to a track. So I started putting together sounds, samples, loops and layers upon layers of audio together to try and produce the feeling of being on the beach on one of those sunny Saturdays.

Unfortunately, I do not have any live experience with my material yet. My only live experience is DJing, which is thrilling, and I cannot wait to perform my own material at some point. Seeing the crowd react to my mixes, watching the hands in the air rocking out to something that I have spun and worked, it’s awesome. I really am excited for that opportunity.

SITR: Describe your planning, writing, and recording process, particularly behind A Far Off Horizon.

I was working on an experimental instrumental record during a crazy time in my life. I started writing lyrics and the record became something different entirely. I was raised Mormon and left that religion. It became a song. I was raised straight and realized I was gay. It became a song. I went through relationships, lost my best friend to cancer, found true love. Those became songs.

Sometimes I will start a track with music. Sometimes it will start with a melody. Sometimes it will start with lyrics. I don’t have a specific formula, but sometimes will just start playing around on the keyboard or with samples. I write with a consumer-grade software I picked up at Circuit City, called Sony Acid. I have purchase a TON of loops and samples and use those as the construction base for the tracks. I bought a USB mic on Amazon for $80. I also use Cool Edit Pro, which became Adobe Audition.  I got a bunch of freeware audiotools from fellow geeks. And I mastered the record on iZotope Ozone. I recorded the whole thing in the spare bedroom of my apartment. I tacked up blankets on the walls and over windows to try and create a little sound booth for myself. I recorded thousands and thousands of takes, but since I was doing the recording and mixing and editing myself, I could really take my time and do whatever I wanted.

The longest process was the engineering – tweaking and adjusting levels and trying to get the record to sound at least a little professional. That took several months, and I remember the night I finished mixing I walked up to my partner and just about collapsed, crying that I had finally finished. All together, A Far Off Horizon took about three years to put together from my spare bedroom.

SITR: Why did you choose chillwave/electronica as your overall sound?

I have always recorded electronic music, and always loved the 80s and 90s, my childhood years. I started crafting the record’s sound before I even ever heard ‘chillwave’… and actually used that style to try and hide the mistakes in my recordings and the fact that I am not the strongest vocalist. It just happened that I found and used as reference the many great chillwave artists that have come out as I finished my record – artists like M83, Toro Y Moi, Neon Indian, Washed Out, CFCF and The Golden Filter all had elements of the sound I was looking for.

SITR: What are your thoughts on M83’s “breakout hit” “Midnight City”?

I love it! I love M83, caught their show a few months ago and loved it. I’ve been a fan since Dead Cities. I love the way Gonzalez will do instrumental pieces or lyrical songs. He will do drone and textures, then do a more traditional verse-chorus song like “Midnight City.”  The production was so slick, his distorted vocal sample so catchy, and any song that has a saxophone solo? Sold.

SITR: If you had to choose your favorite song you’ve ever written, what would it be and why?

The “Suite for Jen” is my favorite, it’s the last three tracks of A Far Off Horizon. The “Introduction” was something I was working on when my best friend, and biggest supporter of my musical endeavors, passed away suddenly. I was devastated. I missed her so much. I decided to write a song for Jen, that then became three pieces. “Sunsets” is the kind of song we would jam out to, a throwback to days of PM Dawn and The KLF. Some have criticized my “white-boy rap” on it, but it’s not rap and I am white. Oh well. All I can say is that I wrote it for my best friend, I felt the song come to me watching a beautiful sunset and feeling like she was with me. And the adagio at the end was inspired by the calm night that followed that sunset, just watching the stars slide past the sky on that warm summer night. That was my soul’s “Adagio For Jen.”

I would love to work with Alanis Morissette, Charlotte Gainsbourg, or Grace Jones. And if I could ever do a collaboration with Brian Eno or Ulrich Schnauss, I think I would die of geek overload.

This year I will be trying to get the music out there. Performing if I can. Leaving copies of the record everywhere I go. And I have also begun a follow-up record for 2014, and it’s going to be HUGE. Huge… and from my bedroom.