Outsource Interview with Knox Hill – Young rapper from the DMV 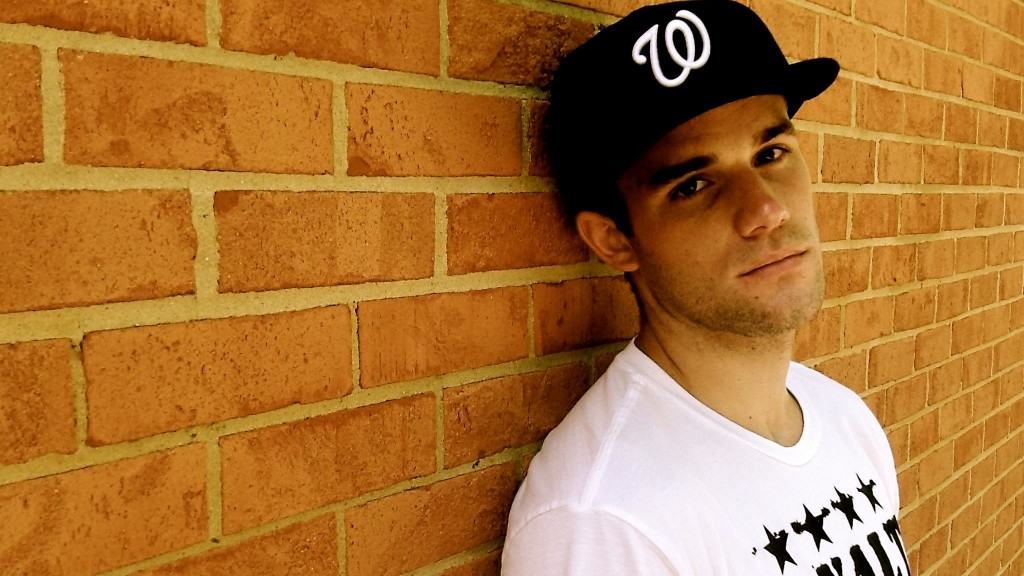 SITR: Can you just introduce yourself and tell us anything you want people to know about who you are?

The name’s Knox Hill. I’m a young rapper from the DMV (DC/Maryland/Virginia), born and raised in the infamous PG County. First and foremost, mad love to my city. I grew up in a community heavily influenced by Hip Hop, and that’s what I represent to my core. As an entertainer, I’m always on a mission to hype up the crowd and find a sound that people can respond to. As an MC, I try fill that sound with style and substance. In an age where everyone claims to be outside the box – I prefer to live on its edges.

SITR: How and when was it that you decided to get involved with making music?

As a kid, I knew there was always something a little off base with me.  The way I saw the world, the way I felt, and how I chose to express those emotions. To be an artist you have to be a little odd. We all have this vanity about us – why else would we put our work out there if we didn’t want people to see it. Yet at the same time, we’re hypocrites because every one of us has a heavy dose of self-consciousness. We’re hyper aware of our worlds, so when a situation in life affects us, it usually finds its way into our work. That’s just our blueprint – it’s how we tic. For me, I’ve always expressed myself through music. As I matured and my world became darker and more realistic, rap was the obvious outlet for me to reflect that change. I like how much more you can say through rap lyrics than other genres, and honestly I can’t really sing worth sh*t, so I really gravitated towards Hip Hop.

SITR: When you contacted us you told us about a current project that you were planning on putting out this summer, can you tell us about that?

Yea. The project is called “The 92 Dream.” It’s really a mix of everything – from original to mixtape-style tracks. The sound is all over the board, from spacey, raw instrumentals to heavier club tracks, and even some dubstep thrown in for good measure. It’s my first solo release, and really it’s a chance for me to say, “this is what I’m capable of.” There are a lot of really good acts out there right now, and I’m not one to compare myself by any means. That being said, I’m also an athlete, and I hate not being the best. When you listen to this project, you’ll hear a kid who’s hungry and ready to get the chess pieces moving off the board. I pumped a lot of time and soul into this release, and even if people don’t like what I’m saying, I hope they’ll at least respect the music for what it is.

SITR: How would you define what your style is?

I’m a very sarcastic, tongue-in-cheek person in real life. So I think that slips its way into my style a lot. As far as putting a definition to it, hell I don’t know. Maybe a better question would be whom am I influenced by. I think you can learn a lot from listening to your peers, and each rapper brings something different to the table. I’ve always been taught that if you want to be the best, then you have to model yourself after the best. As a result, I try to draw from the rap elite and what they each excelled at. For instance, Nas is a dope lyricist, but what really sets him apart is the rhythm he chooses for his songs. When you listen to his tracks, not only is there the instrumental, but also there’s this beat that his vocals provide on their own. He’s constantly changing his rhythm of delivery and breathing, and it’s really something to turn off the beat all together and just listen to the movement of his words.

SITR: Is there an overall message you want to put out there? Or goal in mind when you are making your music? If so can you tell us about that?

I’ve got one goal really: to get more time. We all have to find a job that can sustain ourselves and pay the bills. When someone’s got a family to take care of and mouths to feed, they have to sacrifice their time by pulling that 9 to 5 so food can get to the table. The clothes, the cars, the lifestyle, that’s all nice; but what money really buys you is more time. Honestly I don’t give a damn about the money, but I’d love to have more time to write and create what I love. That’s why I push to get my sound out there to as many ears as possible. When you listen to a Knox Hill CD, you’ll see an artist who’s honest. I want people to be entertained and have my songs stuck in their head annoyingly throughout the day – but at the same time I want them to walk away with an experience they didn’t have before listening to my music. It’s that middle ground between fun and substance.

SITR: From your Facebook page we see that you have been real busy doing interviews and promoting your newest project, where can people go to stay updated with everything you have going on right now?

A couple months ago I converted to Twitter and I’m addicted to any and everything in the Twitter-verse. If you’re on it – follow me @theknoxhill. I usually post all of my updates and random thoughts there, although Facebook is good as well. Just search “Knox Hill” on FB and you’ll be able to find me. From the music end of things, then youtube is where it’s at. Youtube.com/knoxhilldmv – or just search it. I just spoke with the director for a new music video we’re about to make, so I’m looking forward to dropping that on the page soon.

This is a big summer for me. In regards to my future and where I want to be, I need to bust my ass off this summer promoting and getting the project noticed. I can sit in a booth behind closed doors and record all day, but where I prefer to be is on stage. There’s nothing like a live show, and right now we’re working hard to put on a diverse show schedule for the fans. I want to be full on touring by the fall, and that’s my immediate goal at this moment in time. I’m too social of a person, and I love being out there with the fans, talking about the music, doing interviews, playing, and just enjoying the moment. The time and hard effort has been put into the sound – now it’s time to get it out there.