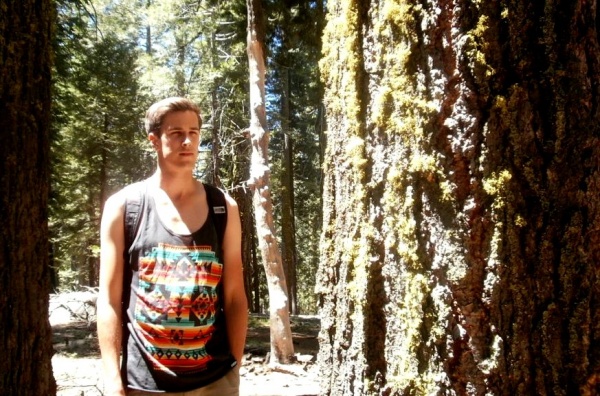 Jeremy Fretz is a recent Penn State alum who graduated this past December, with a degree in Supply Chain Management. He is 23 years old and just moved to Oregon with his girlfriend on Valentine’s Day. Jeremy is now working for Intel. When I first saw Jeremy’s videos I was amazed by his finger picking skills on his guitar. His original songs are very uniquely refreshing compared to what you are used to hearing from a guitar. He is extremely talented, check out our interview and his amazing originals below!

SITR: Who are some of your musical influences?
I was involved in rock and jazz groups in high school. One day I saw a YouTube video of Justin King playing his song “Phunkdified,” which included guitar techniques such as slap/pop, two hand tapping, harmonics, flamenco strumming and was played in an open tuning. I learned the song, then started listening to similar artists such as Erik Mongrain (my favorite finger style guitarist), Antoine Dufour, and Andy Mckee. I started teaching myself to play like these guys and never really looked back; finger style guitar has always been the easiest medium for me to express myself musically.
Although these guys are all big inspirations to me, I rarely listen to finger style guitar music. It’s a strange musical genre since it is more defined by the instrument and techniques used, rather than the actual composition or feel of the song. I think this is really cool however, because you can be a ‘finger style guitarist’ and play folk, jazz, blues, classical, rock and anything else you might be able to come up with. Currently I’m listening to a lot of Grimes, Purity Ring, Dirty Projectors, Tame Impala and Joanna Newsom.

SITR: What is your favorite song to play? Do you prefer covering other artists’ songs or playing your own?
There’s nothing like playing your own composition, and I really enjoy playing my song “Goodnightmare”. Scott Joplin’s “Rags” is also really fun to play on piano though.

SITR: What are some of your musical goals? (Where do you see you and your music within the next few years?)
I competed in the 2011 Canadian Finger style Guitar Competition, where I was judged by some of the best and most famous finger style guitarists in the world. It was an unbelievable experience, but unfortunately I did not place. My #1 musical goal is to revisit the competition with some new material (Ambulanima) and walk away in the top 3.

SITR: Have you performed any shows at Penn State?
I used to play at Jamaica Junction frequently, as well as Webster’s, The Phyrst, some THON benefit shows, and I placed second in a talent show in 2010.

SITR: If you could open for any artist, who would it be?
Joanna Newsom.

SITR: What inspires you for your original music?
I know a lot about music theory, but when I’m composing I almost always use open tuning (where you tune the guitar strings to a chord instead of the standard tuning). This forces you to forget about all the chord shapes and scale patterns you knew, and just let your musical instincts find the right notes. It also allows you to use more harmonics in a song since they are all tuned to the same chord.
The most challenging part is finding that logical flow between bass line, melody and percussion. It’s like putting a puzzle together, there is usually a pattern that allows them to all coexist, but that doesn’t mean that it will be easy to play. It’s very inspiring to me when I learn, let’s say an Erik Mongrain song, which sounds impossible to play but turns out to be pretty easy. The genius is in designing the composition so that it can be played effortlessly.