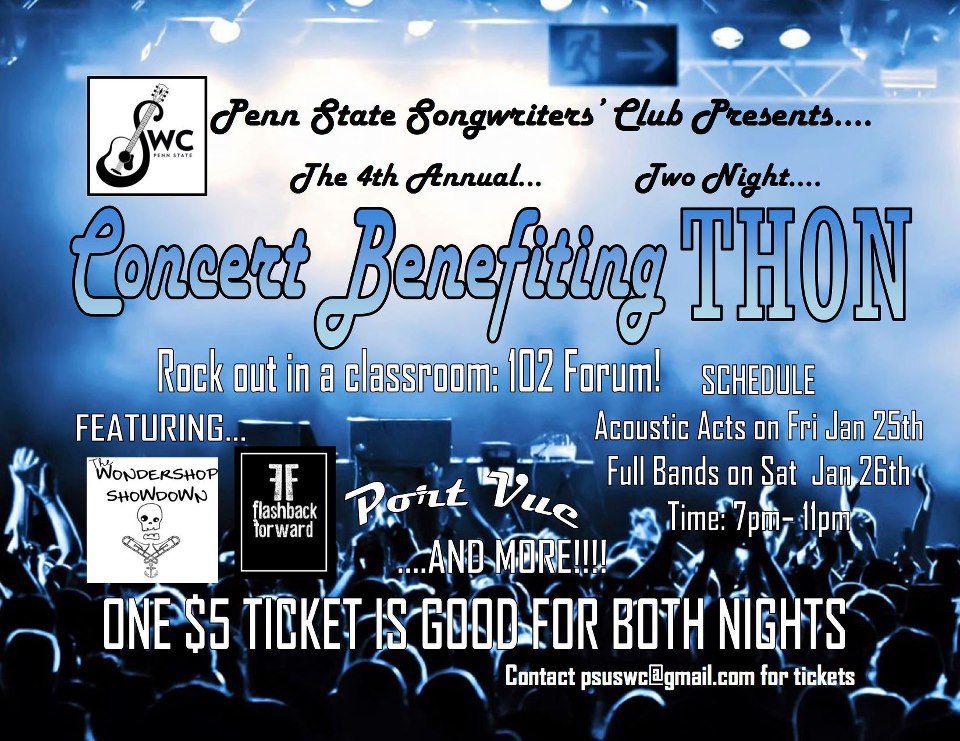 Kicks off Friday with acoustic acts by wonderfully talented SWC members, then back again Saturday with rockin’ local bands including: Port Vue, Flashback Forward and one of the bands that will be performing at THON 2013: The Wondershop Showdown!

Tickets are $5. All sales benefit Penn State Dance Marathon.
Purchase tickets Tues-Thurs next week in the HUB, or at the door.
Questions? Email Songwriters’ Club at:
psuswc@gmail.com

Songwriters’ Club is a Penn State organization that meets Wednesday Nights in 205 Ferguson at 7:30. If you are interested in meeting fellow Penn State musicians stop by one of their meetings!