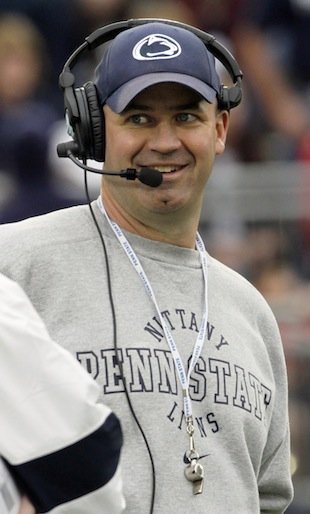 Bill O’Brien has been a star at Penn State since day 1.  This year he has gone through hell and back, and has gained the love of Penn Staters everywhere.  Vote him for coach of the year and show the country how much we love our coach!

The Liberty Mutual Coach of the Year Award recognizes college football coaches who demonstrate Sportsmanship, Integrity, Responsibility and Excellence both on and off the field. Endorsed by the College Football Hall of Fame, the program awards one winning coach from each NCAA division (I-FBS, I-FCS, II, and III) with $50,000 to donate to a charity of their choice, a $20,000 grant to each school’s alumni association, and the Coach of the Year trophy.