Perfect Pop – "Lies" by Marina And The Diamonds 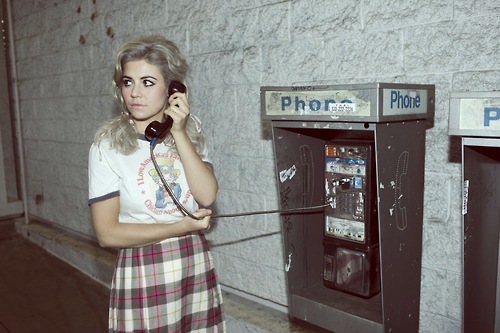 Sometimes a song is more than just a song.  Sometimes it lives, breathes, and moves, shifting and growing as it burns itself into the depths of the subconscious.  Sometimes it’s the perfect medicine to sooth a broken heart.  Sometimes it sparks a wild fire of emotion, inspiring and motivating in ways nothing else could.  When it all comes down to it, sometimes music transcends sound and becomes artistic majesty.

Contrary to popular belief, you can find an astonishing amount of that artistic grandeur in pop music.  You may not find it in any LMFAO single, nor will it be found in “Call Me Maybe.” However, when you look past some of the top 40 fluff you come across the real platinum records.  Songs such as fun.’s “Carry On,” Ed Sheeran’s “A Team,” Lights’ “Toes,” and The Temper Trap’s “Sweet Disposition” are only a few of an entire slew of pop-influenced tracks that bleed emotion.  They give you chills, they make you ache, and they craft a tale that is beautifully, if sometimes abstractly, composed.  Indie-pop chanteuse Marina And The Diamonds has fashioned a fantastic addition to that collection of music with her powerful break-up song “Lies.”

Superstar producers Diplo and Dr. Luke helmed the production of “Lies,” creating a windswept electro-pop soundscape that serves as the perfect parallel to the record’s lyric theme.   Dubstep-influenced synthesizers stutter amongst cutting 808 drumbeats, softened slightly by somber piano keys.  The background vocals echo in a kind of melancholic beauty and set the tone of the track right from the get-go.  As impressive as the instrumentation is, it’s the vocals and lyrics that give “Lies” its astonishingly poignant punch.  Marina does not waste time with filler lyrics or anything of that nature.  Every line is compact and raw, stinging with bitter grief and soaring with melodic passion.  Like Adele, Marina holds nothing back in painting an honest portrayal of her twisted romance.  She condemns her lover while simultaneously yearning for his affection.  She calls him a “coward to the end,” yet laments, “I just want it to be perfect, to believe it’s all been worth the fight.”

The acoustic version of the track sheds away all the electronic production, leaving behind only a mournful piano and an acoustic guitar.  Here the songwriting and vocals truly take center stage, allowing Marina to showcase her refined, operatic voice.  It’s not every day you find a record so unabashedly radio-friendly, yet so unbelievably exposed, and hopefully “Lies” will find its place as Marina And The Diamonds’ next single.  Pick up the track here on iTunes, and also check out the rest of her new album, Electra Heart.