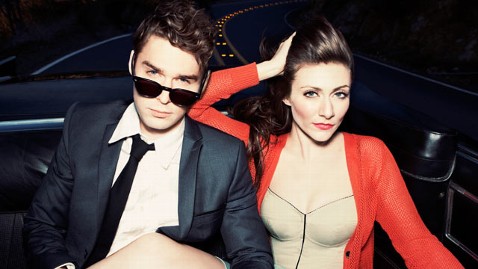 Karmin, best known for their summer hit “Brokenhearted,” will perform at Penn State at 10 p.m. on Friday, October 12 in Alumni Hall. This is a ticketless event and is free with a PSU student photo id. Students will be allowed in on a first come, first serve basis. Student status will be verified prior to entry.

Having gained notoriety via their superb covers on YouTube, their fans catapulted them into the mainstream where they were well received by tastemakers like Perez Hilton and Ryan Seacrest as well as entertainment heavyweights including L.A. Reid, Kanye West, Ashton Kutcher, Timbaland, Beyonce, Chris Brown, and Questlove.

Karmin’s organic approach reinforces their authenticity that resonates so strongly with fans, celebrities, and industry insiders alike. They recently won “Rolling Stone’s” “Women Who Rock” contest and appeared on the cover of the September 28 issue.