Penn State main campus boasts an impressive student body of 45,000+, so it should come as no surprise to you that this large-scale university is also likely to contain some of the most talented local musicians you will ever encounter.  These individuals can be found playing your favorite 90s tunes at a bar, busting out originals at open mics around campus, and even modestly sitting next to you in CAS 100.

Yours truly, along with the entire State in the Real staff would like to give these artists the recognition they deserve.  Effective immediately, a reincarnation of the PS-U Oughta Know Series will allow us to feature one Penn State artist per month for the duration of the school year.  But who, oh who, will assume the righteous title for the month of September, you ask?  That would be sophomore, telecommunications major, Tim Mayo.  Never heard of him? Now you have. You’re welcome. 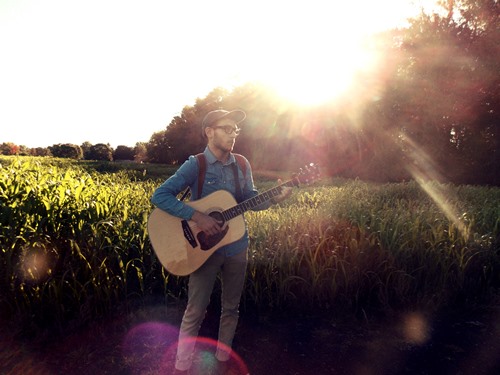 Yielding from the Philadelphia area, it didn’t take long for the Americana/folk artist to insert himself into the world of music.  At the young age of 9, Tim started his first band.  While the rest of us were rocking out to Kelly Clarkson and the revival of Matchbox 20’s Rob Thomas, Tim Mayo was branching out, playing in a progressive rock band.  Five musical projects later, he found himself being self-taught in not only singing, but also in percussion, guitar, bass, and harmonica.  The decision to self-teach was, perhaps, derived from his need to be fully invested in music.

In Tim’s eyes, a good song is one that can be personalized by its audience.  “If my song can convey a particular emotion for someone and allow him/her to assign personal meaning to it, then I know I’ve done my job,” Mayo explains.

He believes that the lyrics come second to the melody because sometimes all that’s needed to portray a feeling is a certain tone or chord progression.  The lyrics are what tell the story, but even then, the words are abstract and can be interpreted differently by everyone, which Tim recognizes as a beautiful process. 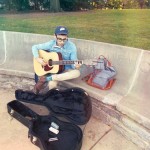 When asked about his songwriting procedure, Mayo modestly responded, “Ahh shit. I don’t know. I just kinda f**k around with different chords and then stick with whatever I like.”

This nonchalant attitude helps cement his rightful placement within the Americana/folk genre—a style of music that desperately needs more representation in the Penn State community.  His voice has a rustic, homey feel to it, which perfectly complements the richness of the music and story-telling nature of the lyrics found in his songs.

I highly recommend Tim Mayo to any fans out there of Dr. Dog, Delta Spirit, and First Aid Kit.  Tim is only halfway done with school at this point, which means we’ll have the pleasure of hearing him develop even more as an active singer-songwriter here at PSU.  Trust me when I say, he’s someone to look out for.

Feel like checking out some of his stuff to see what I’m rambling on about?  Then, check out Tim’s music on Soundcloud!!  And, hey, while you’re at it, give his band, Coahoma Soul, a listen too! You won’t regret it.