Red Bull Thre3Style U Comes To Indigo – This Thursday (3/21) 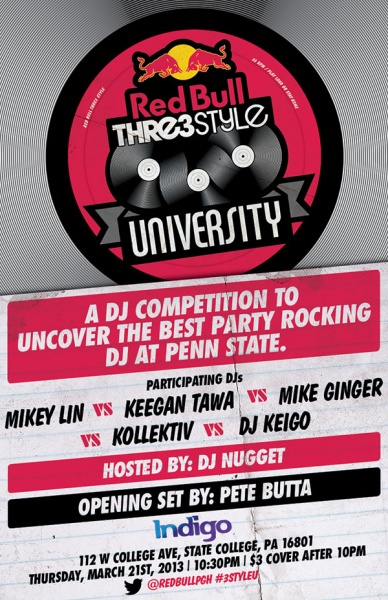 On Thursday March 21st, Red Bull, in association with Antak Entertainment, is bringing Thre3Style U to Penn State. Thre3Style is a national DJ competition that combines creativity, mixing skills, and the ability to rock the house using 3 different genres of music in the same set! 2 days from now, Penn State’s best and brightest DJs will go head to head as they step out to the challenge.

“Each DJ will get one 15 minute performance where they have to play a minimum of 3 genres. Anything goes – from house anthems to old school hip hop to Top 40 remixes! BUT, repeating an already played track will result in a penalty. Judging categories are:
– Track Selection
– Originality & Creativity
– Mixing Skills
– Stage Presence
– Audience Response”

The winner will win the grand prize of $1000 and perform for the rest of the evening! 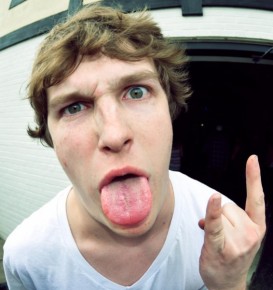 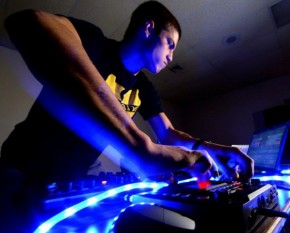 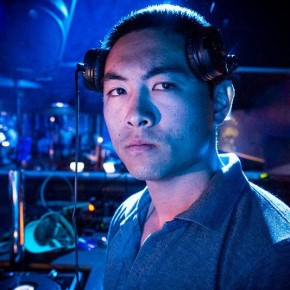 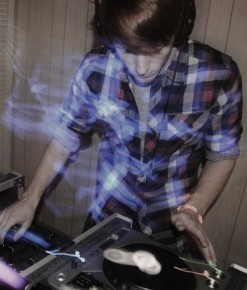 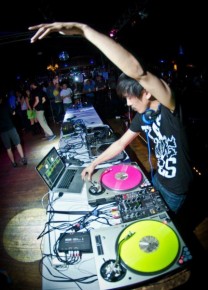 The competition will be hosted by Pittsburghs DJ Nugget and open up with a set from Pete Butta, PSU Alumni and professional DJ.  And to top everything off Indigo has some awesome drink specials to keep the Red Bull flowing all night. The specials will feature $2 Red Bull cans, $3 bombs from 10-12, $4 Red Bull & Smirnoff, and 5$ Red Bull Bacardi.

Check out this video we found of a recent Thre3Style winner throwing down his competition winning set!