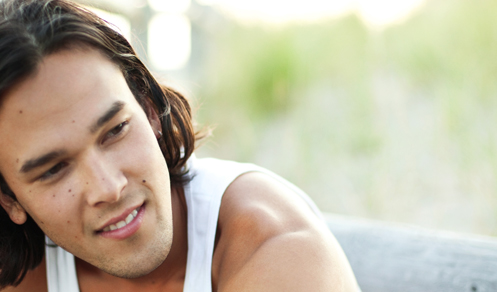 Amidst all the Grammy excitement and chaos, I was home for the weekend in the suburbs of Philly. So, naturally I was plugged into Spotify all weekend long, rediscovering my obsession of Justin Nozuka.

If you don’t know who he is… you haven’t been living.

Nozuka, a native Canadian like many of our favorite artists (Carly Rae, J. Biebs), has a blues-soul like sound with bit of pop mixed in. You might recognize him from Canada’s hit teen show Degrassi…that I was also obsessed with. Hmm..maybe he and Drake should collaborate.

Anyway, he’s had two albums (Holly [2007] and You I Wind Land and Sea [2010]) released already, and one is supposed to drop this year. Both have received positive reviews and mild fame among the US charts. His song “After Tonight” was featured on MTV and VH1. But my favorite song has to be “Golden Train,” because of its upbeat melody and how his dreamy voice is especially showcased in that track.