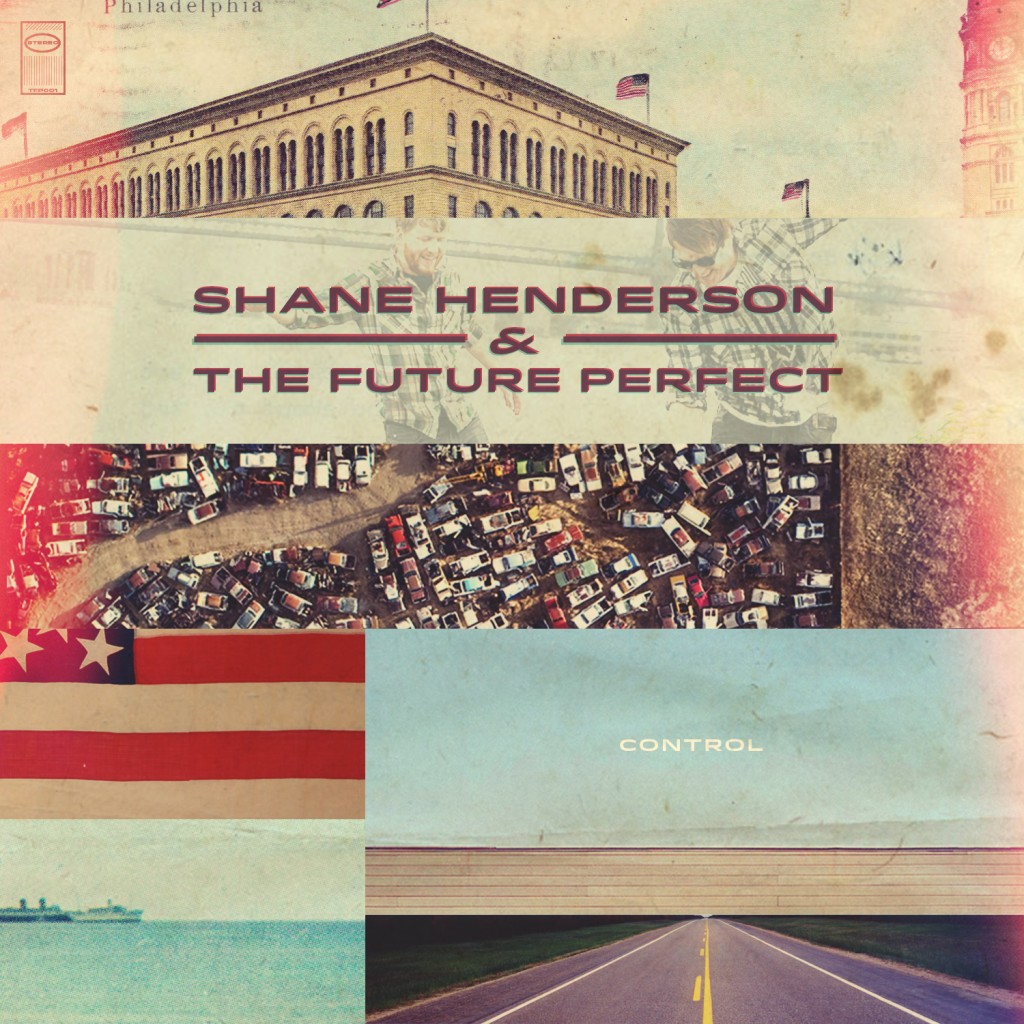 Last Tuesday, Valencia’s frontman Shane Henderson graced the world with the Control – EP. The release comes from his latest project, called Shane Henderson and The Future Perfect. I was lucky enough to attend the EP release show on December 29th, at the Troc Balcony in Philadelphia, and was able to walk away with the EP (along with a limited edition poster signed by all three members of the band). Since that fateful snowy day, I have been swooning over the Control – EP. I couldn’t wait for the rest of the world to hear this EP, and once it dropped, the world was swooning with me.

Control includes four songs, which is just enough to give Shane’s followers a taste of what’s to come from his band. The magic that comes with a “DIY” (Do It Yourself) release is just that, magic. It’s about the music; that’s how Shane has always been, and that’s one of the main reasons why I appreciate him so much. I knew from the first few seconds of this EP that it was going to be something special, and I am so excited to see where this band goes after this.

The first song on the EP is titled “Wasting Time,” which was released before it was shown as a music video (which can be found above on AbsolutePunk.com). The music video sparked a lot of conversation before the EP dropped, and got people even more excited for this release and the show. Shane mentioned at shows and in interviews that the Control – EP would be different than anything he’s ever done. This sentiment holds the most true for this song. It has more of a Tom Petty feel, which is one of Shane’s biggest influences, and that definitely shines through this track. It’s the perfect opening track for the EP.

The next song on the EP, titled “I Can Feel A Change,” is my second favorite song that Shane has ever written (behind Valencia’s “Safe To Say”). I’ve had this track since the summer, and I received it after his Promise of Redemption show at the NorthStar Bar with Trevor Leonard (current guitarist of The Future Perfect). The first time I heard “I Can Feel A Change” I had indescribable chills, and I still get them almost every time I listen to this song. It quickly became one of the top played songs in my entire iTunes library. “I need you by my side, when everything good fades. Cause you could lose what you worked your whole life for, but you gotta keep the faith,” is my favorite line from the song because it holds so much meaning. I look at the track from Shane’s perspective, needing people by his side as he ventures away from Valencia and taking a leap of faith into something completely new and exciting. Then I look at it from my life perspective, and it just reminds me how it’s so important to keep a smile going despite whatever life decides to throw at me, and also how lucky I am to have my friends by my side.

“Can We Get Away” is the third track on the EP, and is much slower and much more mellow compared to the other songs. It fits very nicely in the middle, and gives the more upbeat tempo of the album a nice change of pace. I believe that of the four songs on Control, Shane’s voice is best showcased in this song. It’s a love song; however, it’s not overbearing and gushy. It’s calm, simple, and sweet, and I think that’s why this song works so beautifully. “Can We Get Away” talks about getting away with the person you love but taking things slow. It emphasizes on the little things about love, and I think that’s what people can appreciate most from this song.

The last and final track on the EP is the title track, “Control.” This song was featured in a video release the band put together upon the announcement of Shane Henderson and The Future Perfect, and I was so excited to hear it. “Control” is my favorite song to see them perform live, and is a great title track for the EP. This song is, at its core, about growing up and taking control of your life. It’s also about leaving things in the past that belong in the past, finding your steps back home, and returning to what you know and what is right.

All in all, Shane Henderson and The Future Perfect absolutely nailed it with this. I am more than stoked to see what comes after the Control – EP, and I can’t wait to check them out again at more shows. Click here, and you can pick up the EP at the band’s Bandcamp webpage for only $5, and stream it for free there as well. Make sure to follow them on Twitter too, and keep tabs on everything going on with the band here: @ShaneHTFP