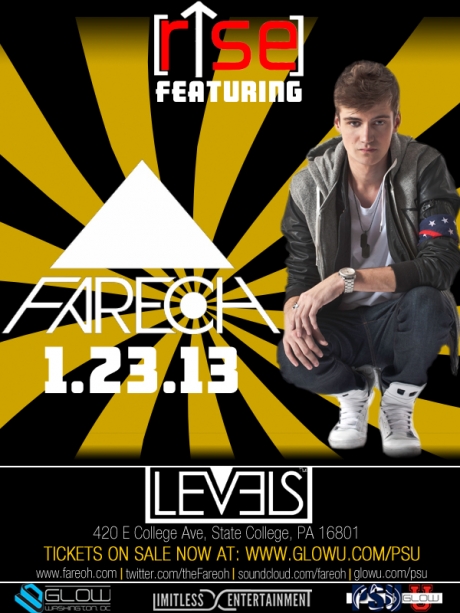 Get Your Tickets Here: http://www.charged.fm/rise

RISE showcases the names of tomorrow at a price you can afford today. Bookings will include the up and comers featured at the world’s largest ‘EDM’ festivals. Appropriately named RISE, the series is targeted towards college students who want to connect with rising DJs and producers. Events will include high-level production at a price that will not break the bank.