DETAILS FOR Riverdance is coming to the Bryce Jordan Center

Riverdance is coming to the Bryce Jordan Center 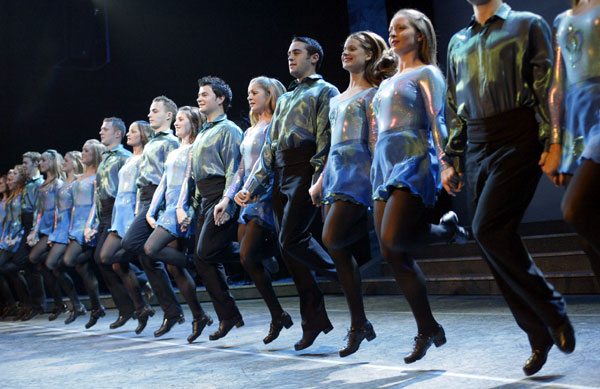 Recently, the producer of RIVERDANCE, Moya Doherty, announced that the United States touring production of the internationally-acclaimed worldwide phenomenon will close in June, 2012. RIVERDANCE will play at Penn State’s Bryce Jordan Center on Thursday, May 31 at 7:30 p.m. in their only performance in the area. Tickets for RIVERDANCE go on-sale Saturday, March 17 (St. Patrick’s Day) at 10 a.m. and range from $49.50 & $59.50 for adults to $29.50 for Penn State students. Tickets will be available at the Bryce Jordan Center, 814-865-5555 or online at ticketmaster.com. Group rates (10 or more) get $5 off. Call 814-863-1812.

In a flash, RIVERDANCE became Ireland’s greatest ambassador and the thirst began. RIVERDANCE changed the face of Irish dance and despite its imitators, has remained on top and was voted the #1 Variety/Family Entertainment Show in the US (1998).

Of all the performances to emerge from Ireland in the past decade, nothing can compare to the energy, the sensuality and the spectacle of RIVERDANCE. An innovative and exciting blend of dance, music and song, RIVERDANCE draws on Irish traditions and the combined talents of the performers propel Irish dancing and music to the present day capturing the imagination of audiences across all ages and cultures. This extraordinarily unique show features an international company all performing to the magic of Bill Whelan’s music.