SPA LateNight brings Samuel Adams, rapper out of Boston Massachusetts, to perform at Penn State for what is sure to be an amazing show.  Opening for Adams is local mixer DJ Dibs. The concert is Friday, September 30th at PSU’s HUB in Alumni Hall. Doors open at 9:30 pm. There are no tickets for this event! Entrance is based on a first come, first serve basis with a valid PSU ID.

Samuel Adams Wisner, otherwise known as Sam Adams, is coming to Penn State to perform a show that no one should miss. Recognized for his innovative blend of Hip Hop and Electronica/Dance music genres, Sam Adams has become more and more popular since his breach into the music industry. 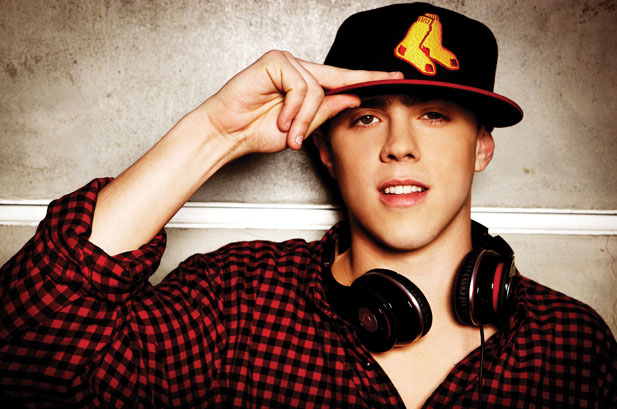 Sam Adams started his music production on his Macbook in his college dorm room at Trinity College in Massachusettes.   Adams emerged in to the music industry by his remix of Asher Roth’s hit I Love College, the single named “I Hate College”.  In March of 2010, Adams released his first EP “Boston’s Boy” with 1st Round Records and debuted at number one on the I-Tunes hip-hop chart in it’s first week.

In late 2010, Adams released his mixtape, “Party Records,” with beats from Deadmau5 and Yolanda Be Cool.  Adams is set to release a new album in late 2011.

Adams has performed at numerous universities around the country and was a featured act at Lollapalooza this past summer.